The United Democratic Party is tonight condemning what it describes as (quote) “Prime Minister Briceno’s abuse of the public officers of Belize.” (end of quote) UDP Leader Moses Shyne Barrow told Love News that the Prime Minister’s (quote) “latest attack on a forestry officer is not only a case of prime ministerial abuse but one of possibly criminal dictation.” (end of quote)
Moses “Shyne” Barrow, Leader of the Opposition: “I was dumbfounded. I was flabbergasted to hear the Prime Minister admit and confess to this type of ministerial abuse and not that he called once but to intervene on behalf of a special interest, but he called again while the public officer was just discharging their duty. So certainly it begs the question, why would the Prime Minister take it upon himself? I didn’t know that the Ministry of Forestry was under his portfolio and I made the point that this is not a dictatorship so the Prime Minister does not have absolute power. He can’t just pick up the phone and call and give directives to a public officer. Democracy doesn’t work like that, not Belizean democracy and this is a slap in the face of what the Plan Belize purported to represent. The behaviour of the Prime Minister in that type of abuse, that type of interference, blatant, conceded by him on National Television is disgraceful.”
Barrow says that by strong-arming forestry Prime Minister Johnny Briceno and Agriculture Minister Jose Mai are risking export clearance of key national products.
Moses “Shyne” Barrow, Leader of the Opposition: “It is a violation of the constitution to use your office for any type of gain and in this instance where the Prime Minister admitted that he knew the mother-in-law of the business owner is disgraceful. It is unacceptable and it is not the public officer that should have been penalised. It is the Prime Minister. He should, when they asked him about it, he should have apologised and say “You know what? I went too far. I shouldn’t have done that and I’m sorry.” Instead, they chastise the public officer for doing their job. This act, whether it was a lapse in judgement, whether it was just a failure on the part of the Prime Minister, I accept that we all make mistakes, he should apologise because that is a grave mistake that sends a terrible message to our public officers. It sends a terrible message to the citizens of this country.”The United Democratic Party cautions Briceno and other members of this administration. It says that this continuous and sustained abuse of public officers will inevitably have dire consequences for all Belizea. 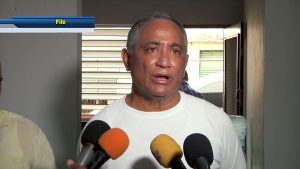