A resident of Mahogany Heights Village was murdered inside his home on Friday night. According to reports, around seven-thirty, 52-year-old Carlton Gladden, who is known in the village as Yankee, was gunned down inside his home. Cayo Correspondent Fem Cruz headed to the village and Hipolito Novelo has the story. 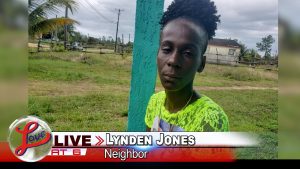 Lynden Jones, Neighbour: “While walking coming, I heard the first shot and I stopped and I pulled out my knife and I said Father God please don’t let it be anybody for me.”

Reporter: And death wasn’t there for Mahogany Heights resident Lynden Jones. It was there for 52 year old Carlton Gladden.

Lynden Jones, Neighbour:  “And I heard the second shot and I ran here. I watched the gunman watch me in my face, point the thing and run then I ran in here and saw this man in a seated position already dead.”

Reporter: Gladden was inside this house when an unidenitfied murderer snuck up on him, blasting several shots in his direction. He died on this spot.

Lynden Jones, Neighbour:  “Crazy* was the sweetest, lovingest, caringest person in Mahogany Heights where you could go to him and ask him for anything, whether it was my little brother, my dad, my mom, everybody in this village knew this man was the sweetest, lovingest, caringest, friendliest person. If you don’t have food, if you don’t have clothes, that man orders things for you from foreign, from his mom to make sure we have what we need. Now his mom has to fly in to the saddest saddest news.”

Reporter: And while police are still gathering evidence at the moment, they believe the motive may be drug related.

ASP. Fitzroy Yearwood, Public Relations, Belize Police Department: “Our investigators have revealed that Mr. Gladden was at home alone around 7:30 p.m. when the neighbours allege that they heard these shots and our officers when they got there they only found him there in the house, his body. So for us to, we’re investigating this one and then we should be giving a report, interim, some time today that we could answer most of your questions concerning Mr. Gladden’s death.”

Reporter: Are you able to speak about if it is drug related? What may have been the rivalry?

ASP. Fitzroy Yearwood, Public Relations, Belize Police Department: “Well so far the indications are that it might be drug related.” 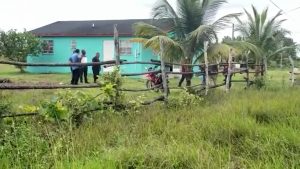 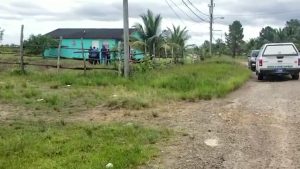