A US Citizen, who gained Belizean citizenship by descent, is furious at the Immigration Department for misplacing his proof of citizenship. Dangriga resident, Jason Guerrero, says he has been unable to have a stable job because he has not been able to provide proper documentation. And he says that he is unable to provide proper documentation because the Immigration Department lost his proof of citizenship. He gained citizenship because he is son of Belizeans. Guerrero states that upon needing to renew his social security card and not being able to locate his proof of citizenship, he decided to contact the immigration department to get a copy. He further explains that after submitting a request four times, he was then notified that the office could not find his certificate and told him he would need to apply for a new one. 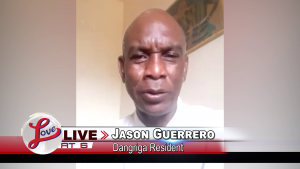 Jason Guerrero, Dangriga Resident: “They told me I had to show proof of citizenship to renew my social security card which I obtained I think in 1989 or so. So when I was given citizenship I may have been given a certificate at the the time proving that I am now a Belizean citizen. However I have since lost that proof of citizenship and because of that I went to immigration hoping that they would be able to provide proof to me so I can go ahead and apply for a social security card. Then after about three trips to immigration, I think it was two or three trips they told me that they cannot find proof of citizenship. So on the fourth trip they told me Mr.Guerrero you’ll just have to reapply for citizenship, that was in the year 2000. So since then I’ve been unable to work and since then I have qualified for pension, retirement pension yet I cannot collect pension either because of the lack of proof of citizenship and the lack of a social security card. So this has rendered me without fixed income since then and I think it’s totally unfair the way I’ve been treated given that immigration has lost this to me the onus is on them to correct this. The honus should not be on me to correct this it should be on them.”

Love News reached out to the Ministry of Immigration, however, calls and texts have gone unanswered.