Tonight, a resident of the mile eight community is lucky to be alive after his vehicle experienced mechanical failure on the highway. This afternoon, forty-three-year-old Celso David Funes got the fright of his life as he drove on the George Price Highway. Just after three o’clock, the caretaker of 8 Miles Community reported that he was in his black Honda CRV SUV and as he neared the Mile 8 signpost, his steering wheel jammed. Funes says he pulled it hard to right and then it suddenly unlocked, causing the vehicle to swerve off the highway in some bushes and land on its side. The good news is that Funes was not injured; however, the left front portion of the vehicle sustained minor damage. 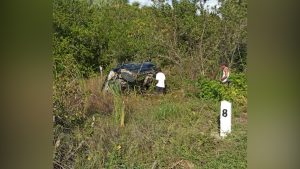 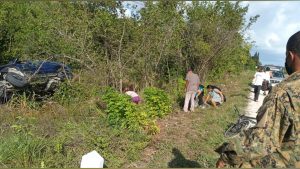