There was another murder over the weekend in the Cayo District. On Sunday morning the body of a man with an apparent gunshot wound to the head was found near the entrance of Christo Rey Village. The victim 44-year-old Henry Baptist, a resident of Santa Elena Town, was in the village on Saturday night to attend a wake service for his recently deceased brother. According to reports, sometime after midnight Baptist left the wake alone, and a couple of hours after his body was found on a secluded dirt road. Police spokesman Fitzroy Yearwood, says that investigators have received reports that Baptist was threatened by residents of the village who he had past grievances with.

Love News also spoke to Ralph Pilley a resident of Christo Rey Village, who says he heard the gunshots and shortly after saw a motorcycle and a vehicle fleeing from the area.

Ralph Riley, Resident, Cristo Rey Village : “I was awakened by what I thought at the time were firecrackers. I mean that we hear firecrackers here all the time and then I thought, well, somebody is shooting firecrackers and then my next thought was well, it’s not a holiday. Why would anybody be shooting firecrackers? And the sounds I heard were two pops real close together and then a pause and then a third pop and then right after that third pop there was a motorcycle engine revved up. The thing went full speed down this road, down the hill toward San Ignacio and a car right behind it, a couple seconds behind it. So I went back to bed. I didn’t imagine that anybody had been shot. You know I just thought it was some kids blowing off firecrackers and it wasn’t until I got up the next, later that morning, when I came out and saw that there had been a shooting. When I came out here, the police were already here and had cordoned off the body and to be honest with you, when I first came by, I thought somebody’s been hit by a car. You know, somebody was drinking and came in late to their house and got struck by a car and it wasn’t until I asked the police and they said it was a shooting and I said well here’s what I heard from last night.” 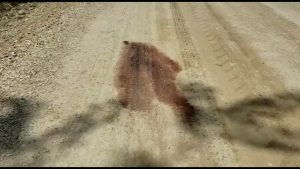 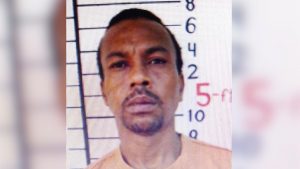 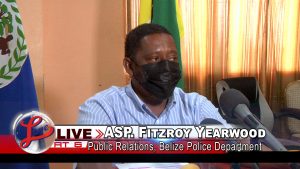 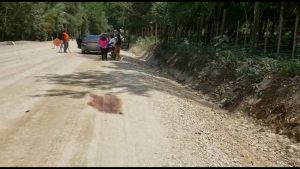