Yesterday, we reported that the Briceno Administration had back-peddled on its decision to include local entertainers in the list of professionals who need a trade license to operate. The deicison comes after several local artists attended a house committee meeting and voiced thier conerns on Monday. This prompted GOB to defer the fee for local entertainers while consultations continue with stakeholders in the industry. Many local artists stated that the fee was too high and claimed that it would have negatively impacted the industry. However, Belize City Mayor, Bernard Wagner, says the entertainers may have been misled by the Opposition to believe that the bill is detrimental. 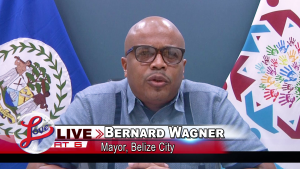 Bernard Wagner, Mayor, Belize City: “In respect to the entertainers and their not having the type of business activity being generated to pay the fee, again, it’s how you interpret the fee. The fee says 200 maximum. But the Opposition says it’s 200 you will pay for every entertainment. No. A municipality can charge you $5, can charge you $10, can charge you a dollar. It’s a maximum up to 200. For the entertainer, we have been operating in an informal fashion for sometime and so we don’t have any legitimacy as in the entertainment business. Many of the entertainers can’t even open a bank account to transact business with foreign entities who may want to purchase their creative arts because we are so informal. When you go to the bank now, the bank requires that you present a Trade License Certificate. This type of regime is formalising those informal business sector. The entertainers, we have seen many cases where entertainers who travel abroad are sent back because you are not registered to perform in the United States. You are not registered to perform in Europe and so you are sent back. All this Bill seeks to do is to formalise and get those entertainers in a position. Right? In a position where they are able to bank their business, go to a banking system, go to a financial institution and say listen, I want to start a, this new band. Right? I need X amount to fund and so you are now carrying a formal system and again I speak to the fact that this Bill was conceived under the UDP. So how come now the Bill is bad? It wasn’t bad back then but it’s bad now.”

According to Mayor Wagner, the main goal of the bill was to stabilize the rates at which trade licensing fees are calculated. He says the proposed legislation will greatly benefit village councils that currently don’t have the power to collect trade licensing fees.

Bernard Wagner, Mayor, Belize City: “What the Bill seeks to do is give the Village Councils the opportunity to be able to garner some measure of revenues from those that operate in your space. If you are a business that operates in a space, you must be able to give back to your municipality or to your Village Council to assist them in ensuring that the quality of life in terms of road infrastructure, drainage are put in place. Again, with this Bill, the entertainers aside, the Bill is a good bill and sometimes as Belizeans, and what has been happening in Belize is that we have missed a lot of opportunities. So I’m very discouraged when you hear the Opposition, right, the UDP speaks. Their leader speaks on this Bill. It was conceived under the UDP. This Bill was on the table since 2012. It is their Bill but the PUP being a very progressive party, and a party that wants to lead, and a party that is visionary, sees the good in the Bill. It’s not because you are in opposition you will see evil in everything that the Government puts forward. We need mature leadership. We need mature opposition. We continue as a city, we continue as a country to miss opportunities. This Bill, I heard a lot about consultation. Many consultations have been done on this Bill. We did about four consultations in Belize City, virtually, in face, and so I am peeved at this type of discussion and discourse that has arised.”