On Saturday, after his official meeting with Prime Minister John Briceno, Mexican President Andres Manuel Lopez Obrador announced that all Belizean Agricultural products, including cattle, will be allowed to enter Mexico free of tariffs. Agriculture Minister Jose Abelado Mai says, this is one of the greatest moments in the history of both nations and will radically change the future of agriculture in the nation. 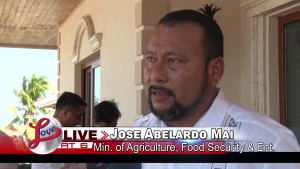 Jose Abelardo Mai, Min. of Agriculture, Food Security and Ent.: “The announcement of a tariff free export to Mexico is something we’ve been dreaming about for many many years. Since I was a public officer in the Ministry of Agriculture, we have been talking about tariffs to Mexico, reducing tariffs to Mexico. His announcement today of Belize being able to export to Mexico tariff free is really history in the making. The effect this will have on the productive sector is just incredible. It is just a game changer plus it is a total, it is a total change in the production and economics of this country. Agriculture now stands to boost from this tariff free access to the Mexican market. It is just, I cannot even imagine the level of increase in production we will have in this country and export to Mexico.”

Also during his official visit, Mexico’s President, Andres Manuel Lopez Obrador, and Prime Minister John Briceno signed a letter of intent for what is called the Sowing Life project. It is seen as an opportunity to put people to work and to stem the flow of mass migration into North America. 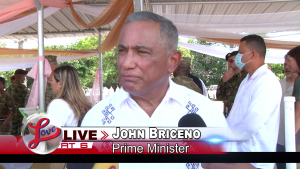 John Briceño, Prime Minister.:“We have always had this special relationship between both countries, between Mexico and Belize. We have always looked at Mexico as our big brother, somebody we could always depend on, that can always help us, and the issue of trade has been one that has been a challenge for us in Belize for decades. For many years, we have been importing from Mexico and we sell very little. By removing these taxes, the import taxes into Mexico, it will give our Belizean farmers an opportunity to be able to compete. I can remember for many years when we were in Government between 1998 and 2008, we worked very hard to be able to export rice into Mexico but we were never successful in that. With the opportunities that the President is giving us today, we will be able to export rice, cattle, shrimp, fish, corn, beans, many products that they need to eat in Mexico and this is going to be a game changer in Belize, not only for the farmers but for us as a country that we will be able to export all these products.”