About a week ago, we also broke the story that Belize Telemedia Limited was purchasing Alternative Networks-Cayo Television Network (CTN). The idea, it appears, is that the telecom giant will use this avenue to create television content. Indeed, the company had contemplated acquiring a cable company for years, but ANL not only provides cable but also IPTV. That means that the company has acquired the Switch TV app, something similar to Netflix but only available to subscribers in Belize. We asked Public Utilities Minister about the acquisition today. 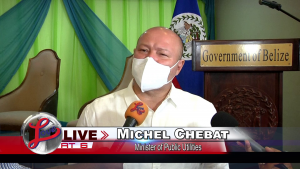 Michel Chebat, Minister of Public Utilities: “BTL is ran by a board of directors and I believe they have an obligation to expand their services and to increase their revenue stream. I understand that this was a deliberation by their board and they felt that this was a critical part of the service that they want to offer and so they in their deliberate judgment felt that this was a good investment.”

Reporter: Principal owners of BTL the Government of Belize should have some kind of an invested interest in this, how does this in your perspective advance the Government’s agenda of ensuring that communication is accessible to everybody across the country ?