The debate over GOB’s marijuana bill has seen many organizations and Government Ministers share their opinions on the legalization of the drug. Minister Julius Espat, who was a guest on The Morning Show today, was asked for his opinion.

Julius Espat, Minister of Infrastructure Development and Housing: “It’s like alcohol. It’s another stimulant if you wanna put it that way. My personal position is irrelevant to be honest with you. I am a leader of people and I have people lobbying me from two sides, hard. It’s never a difficult one to make. I understand the economic, the security aspect of one side, I appreciate the morality issue part of it too and both of them form part of my constituency but my personal view on it I believe is irrelevant it’s what people want and what people believe is the future.”

Thamar Jones, Host, The Morning Show: So you don’t have a set position on it?

Julius Espat, Minister of Infrastructure Development and Housing:  “No.”

Julius Espat, Minister of Infrastructure Development and Housing: “I have areas in my constituency where I go in and it’s like you’re in a teepee and it’s all marijuana smoke and then I have across the street I have all Bible in another circle and I am welcomed in both so how can I fight both? It is – marijuana in Belize has been cultural for a large period of time and you can’t dismiss the religious point of view either.  You know what I think is the problem in Belize? We jump at last minute for everything .  The marijuana situation has been out there for awhile. The Minister Kareem has been going back and forth speaking to anybody and we put it in the House it was only put as a first reading, we left time, recommendations were given, changes were made, we put it to the Senate, more recommendations were made, the changes were made, came back to the House waiting for more changes and now that both houses have approved then I hear that there is a call for a referendum. I believe in referendums. I believe the people should decide I just why wait until the end when it has been on the table for so long? But if that’s what they want and they can garner the amount of signatures at the law provides them what’s wrong with that?” 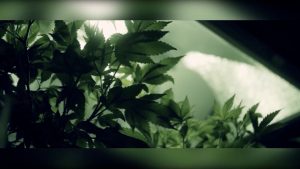