One of the primary concerns echoed across the public sphere is that this new marijuana legislation will put the country’s banking system at risk. Former UDP Prime Minister Dean Barrow was the first who sounded the alarm. Responding to the concerns was Home Affairs Minister Kareem Musa.
Kareem Musa, Minister of Home Affairs: “You want me to listen to the advice of a Prime Minister who did not create a single new industry for this country in 13 years and you want me to take his advice? What I’m telling you in terms of this banking, when it comes to the cannabis business, it is done in Jamaica. They had similar issues as we when it comes to offshore banking regulations and they had to comply and change their regulations and now they’re fine with correspondent banking. They have seen zero negative impact from their legal medical cannabis industry in Jamaica. Likewise, we’re a Caribbean country. I have been assured there will be no issue but what we will have is a cash industry like Jamaica, like America, Like Canada. It’s a cash industry until the Federal United States Government passes the, now it’s called, the More Banking Act so when that passes then you will see the banks in Belize start accepting hemp and cannabis dollars.” 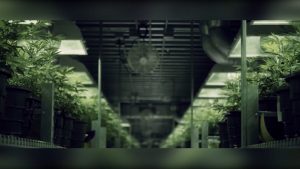