On this newscast we’ve reported several times about the shortage of medication in several public health facilities. Those reports continue and while we thought that the ministry was out of medication, Minister Kevin Bernard told Love News that is not the case. In explaining what was happening, Minister Bernard revealed what seems to be a scam that was allowed to grow for many years. That scam would victimize poor Belizeans who are looking to buy medication at a cheaper price. But as Minister Bernard told Love News, these patients would be told that there was no medication and directed to private health facilities. It is something that has the minister very upset and he has pledged to put an end to that malpractice.

Kevin Bernard, Minister of Health & Wellness: “The notion about sometimes that the facilities or the Northern Regional or this hospital don’t have medication, sometimes it’s also human factor. We have to also take stock of what is happening in these facilities and I’ve cautioned my pharmacists through the regional managers that they have to also be responsible enough to ensure that they can check. I will give you a simple example. As an area representative myself, I am approached on the daily occasion, daily basis by persons wanting, seeking medication assistance and so one day, somebody came to me with a list of medication that was submitted to them by the doctor of Northern regional Hospital, some doctor, and I looked at the medication on the list and I checked with the ministry and said “The Northern Regional Hospital doesn’t have these medications?” When we checked at the Central Medical Store, there were 16,000 of the specific medication at the Northern Regional Hospital yet, the pharmacist is sending the person to go and buy the medication outside of the hospital and so these are the things we are saying, that when you allow these things to continue then we have people leaving these facilities thinking the Government is not providing the medication that is there. And so we have put a very strict policy now in place, Hipolito. There are going to be some improvements and I am working diligently right now. That kind of scenario cannot be repeated and if it happens anywhere else, I am making that caution that we are going to deal with those matters.”

Reporter: You mentioned it was, it seems to be a human fault or error but is it that or more intentional?

Kevin Bernard, Minister of Health & Wellness: “It can be both. I can tell you this and I said this to my CEO yesterday. I said I hope not! I said I hope that those persons who are doing that don’t have any specific interests in that private pharmacy out there because if we are to get to the bottom of that we have to deal with that.” 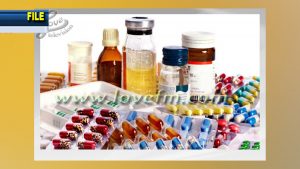