As we have been reporting, a post-humous pardon for Nora Parham has been given the green light from Cabinet. Today, our newsroom sat down with Minister of Human Development, Dolores Balderamos-Garcia who says the motion is very timely. 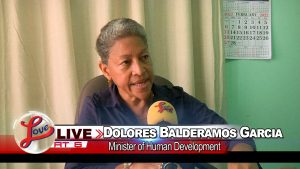 Dolores Balderamos Garcia, Minister of Human Development: “I think yesterday was a historic day, I believe. It was International Women’s Day and there was the announcement that Cabinet had given its support. A decision hasn’t been made yet but Cabinet has lent our support to the posthumous pardon for Nora Parham and the Nora Parham story is one that needs to be told because there was a historic injustice that was committed by the colonial administration back in 1963 and we’re proud that Cabinet has recommended and given its support to requesting, according to section 52 of our Constitution of Belize, we will be requesting the Governor General to ask for the advice of the Belize Advisory Council because the Prerogative of Mercy to grant a pardon to any person whether that person is dead or alive and this is of course, we have to interpret the constitution because nowhere in the constitution does it say, well you can grant a pardon to a dead person but in the interpretation of it, and we have received advice from the Attorney General, in the interpretation of it, we believe that a posthumous pardon can be granted under the Prerogative of Mercy, Section 52 of the constitution by the Governor General. But that must be done on the recommendations and advice of the Belize Advisory Council which we are hoping will convene so that they can give the recommendation. And the 5th of June in 1963 was when Ms. Nora Parham was executed so I don’t want to. It’s not for me to set a date or anything. We have to be in contact with the family but I have met with a few of the sons of Nora Parham. There are eight, eight sons in all and we are hoping that with their approval we can bring this to fruition. So I’m very very very pleased because it would help to bring attention to the issue of gender and domestic violence. Nora Parham was a victim of terrible abuse over a period of time. It’s not for me to tell the full story, I think the young people, the historians, especially the young people. I believe, I invite you to go and find out as much as possible about it so that we can set our history straight. We can’t bring back Ms. Nora Parham but it’s never too late to say I’m sorry. It’s never too late to make a reparation as best we can and I believe that we will do is ask all the 8 sons of Ms. Norah Parham to work along with us and if they lend their support and approval then I believe that is the way to go.”

Ironically, as the PUP government seeks to give a post-humous pardon, it was the very same political party that had denied mercy to Parham following a petition with over two thousand signatures. The then PUP government reportedly denied Parham pity on the grounds that respect and authority should be demonstrated for the courts’ decisions. Nora Parham, the only woman to be executed in Belize, was hung on June 5, 1963 at eight o’clock in the morning. She was 36-years-old at the time of her execution, and was the mother of eight children. 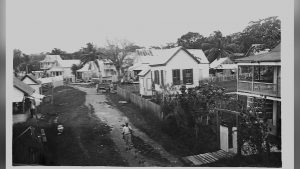