The Ministry of Education continues consultations with stakeholders to reform the curriculum from pre-school to high school. The new curriculum is geared at condensing and equipping students with the knowledge they need to excel at a tertiary level institution and in the workplace. Minister of State in the Ministry of Education, Dr. Louis Zabaneh, spoke with Love News and explained how the ministry is working to improve the curriculum framework. 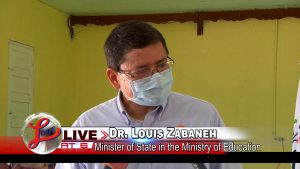 Dr. Louis Zabaneh, Minister of State, Ministry of Education: “We’ve consulted with 18 different stakeholder groups between January and August of last year and it was almost 100% agreement. We’ve made certain policy decisions since then reducing the overload with both learning outcomes being reduced and subjects and piloting that, that whole new policy around various schools around the country. Then in November we formed, November of last year, we formed a curriculum reform steering committee made up of experts from stakeholders across the country and the work of that committee is to produce a national curriculum framework. That framework will be used by the working groups that will be developing new curricula and syllabi from preschool to highschool. The big change will be that we’re moving away from focusing just on content, on knowledge, and now focusing on competency. That means that teachers need to be retrained so that we’re going to be able to deliver the curriculum based on knowledge, skills, and attitudes. So that requires now a new mind, a new framework, a new way of thinking, a new mindset to be able to deliver that new approach in competency.”

Dr Zabaneh stated that due to schools having to discontinue in class learning for almost two years because of the pandemic, some of them have fallen behind at the least by one grade level. He spoke on how the ministry will strategize to help these students catch up.

Dr. Louis Zabaneh, Minister of State, Ministry of Education: “They will need personalised attention, there’s no question about that. So we have what are called BDATs. These are diagnostic tests okay and we found out that the first implementation of the diagnostic tests did not consider the loss of learning and so, for example, a child going into Standard 3, face to face now, would be given the diagnostic for Standard 3 but that child may not have been able to capture the knowledge from Standard 2, so they’re still at Standard 1. So we’re now going to be doing the diagnostic over again, this time one grade level below so that we can really find out where the gaps are and especially with special needs kids, right, who have additional challenges than other students.”

It was last August that Dr. Zabaneh announced the reform, saying that focus would be directed to specific subjects and examinations with an aim to eliminate redundancy and to focus on competencies rather than content. 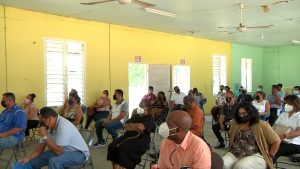