The body of 20-year-old Emir Cansino Jr was found this afternoon off John Smith Road. The discovery comes after two days of searching for his body. The Belize City resident went missing over the weekend and since then his family feared the worst. Reporter Giovanna Moguel has been following the story and files this report. 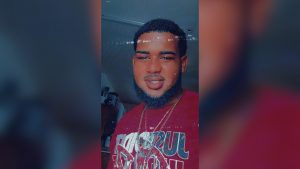 Jiovanna Moguel, Love FM News: What started out as a night of fun quickly turned grim and led to a family searching fervently for their loved one. Today, that search came to an end as they found the lifeless body of Emir Cansino Jr. along the John Smith Road. This tragic discovery followed a tedious two day search and several leads that initially took the family nowhere but just after 2:00 this afternoon, the search team found the body of 20 year old Emir Cansino Jr. His father, Emir Sr. was able to confirm it was indeed his missing son. Our newsroom caught up with Emir Sr. and he told us about the ordeal.

Emir Cansino Sr.: Well we were at the station this morning and they told us that they already had the people who figured they did it, no? It’s just that only they know who did it and they, it was gun shots. They shot him up and made him walk into the area and they shot him up right there. When they showed us the camera, the video, it was from behind Renaissance there, New Town Barracks. That was the last, up to the camera they showed us they had footage off of where he was standing from there was, well the camera showed us some footage they had, he was standing with some friends there at that location. They said they were supposed to get more footage there to see how further he had reached and which vehicle he had gotten in.”

Jiovanna Moguel, Love FM News: The Cansino family is now demanding justice for Emir Jr.’s demise. Along with the members of the KHMH nursing staff who led the search party since the start, the family also got assistance from Private Investigator, Jose Espat. He explained that after evaluating the information, a new search plan had to be formulated.

Jose Espat, Lead Private Investigator: “When we were moving off from Vista Del Mar come, heading this way, we were in groups in different vehicles. I was at the back. I always remain at the back to make sure that everyone in the front is okay, no? I got a call from one of the front vehicles that they had a smell in the area and that there were some vultures coming around so, at that time, I notified my friend Allison who is also a police officer, who is not on duty, and was out here today helping as well, no? We sped and came. When we got here we met the other four vehicles with all the persons here in the area. Immediately I came out and myself and Allison tried to contain them from contaminating the scene and try to keeping the scene intact.”

Jiovanna Moguel, Love FM News: We also caught up with a close family friend of the Cansino’s who gave a recount of the type of young man that Emir Jr. was. According to Andre Moguel, he was surprised to learn about the terrible incident as he always knew him to be a quiet person.

Andre Moguel, Family Friend: “He used to refer to me as ‘Tios’. I am not his uncle but he just grow up with that respect. First of all, it is hunting all of us definitely, even myself because I knew him from a little toddler and we’ll always remember him as a very quiet and respectable person and you know, he, he wasn’t somebody to get into trouble so I’m still questioning what went wrong, You know? And it’s very saddening to have to live with something like this. No.”

Jiovanna Moguel, Love FM News: Emir Sr. says that although he will be able to bring this chapter to a close and can give his son a proper burial, the story isn’t quite finished. There are several unanswered questions. Questions which the family definitely wants answers for. Reporting for Love News, Jiovanna Moguel.