Tonight, the Pesticides Control Board (PCB) is breaking its silence, three days after we reported on the poisoning of the water supply in San Vicente Village, Toledo. The board says it is quote “appalled by the heinous act” but adds that the malathion used in the incident is not registered for use in Belize. As such, the board says that the bottle used in this incident was brought into the country illegally. While there is no word on who brought the substance across the border, the Ministry of Health and Wellness has given the green light for the village residents to start using water from their taps and pipes again. Doctor Melissa Diaz-Musa, the Director of Health and Wellness provided this critical update. 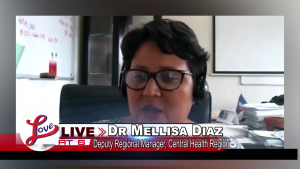 Dr. Melissa Díaz, Deputy Regional Manager, Central Health Region: “From what we know, the water has been cleaned. They’ve done everything that needs to be doing including the wells and the reservoirs and it is now safe again to use and Ministry of Health is also working with the Ministry of Rural Development as well and our public health inspectors have gone to do the visit at the village and confirm that the water is safe again. We’re in discussion with regards to recommendations now so that something like this does not occur again.”

According to a recent survey by the University of Belize last year, the active ingredient in malathion, like the one used in the incident, is one of six active ingredients that are considered to pose health risks to people. The PCB urges caution when interacting with such substances. As we reported, one person has been detained in connection with this incident.