The mother of murder victim, Keona Ara, is appealing for justice after the accused killers were found not guilty of the March 2017 homicide. Shirley Mai spoke with the media this morning saying that justice was not served, and she wants a do-over. We join News Director, Renee Trujillo for the story.

As Shirley Mai is hoping for an appeal on the murder case for her daughter, Keona Ara, she says there are certain points that she has to clarify. She says she believes her daughter was killed because she was a key witness in a crime. 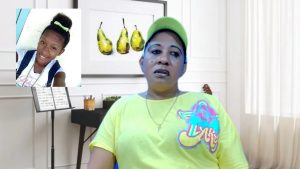 Shirley Mai, Mother of Deceased: “My daughter wasn’t a dog. She was killed gruesomely. She was stabbed. She was stabbed three times in the back and three times in the front plus slit her throat, pulled out her windpipe and this is uncalled for. As a mother I told you I am, like, floating around and would want it to stop.  For the record, I would like to get this out there too because I heard Mr. Williams on the interview when they interviewed him saying that it was a boyfriend and girlfriend thing. I can attest to that, that wasn’t the case. My daughter was a key witness in a case. They knew about it. So I want this boyfriend and girlfriend thing to stop because that wasn’t a boyfriend and girlfriend thing. She was a key witness in a case and one week after she turned up dead.”

Shirley Mai, Mother of Deceased: “Because of the statement and the verbal conversation that they had with the owner of the house. The owner of the house, when the case was going on, she gave five statements and the five statements, the five statements are saying that when she went back to the house, the house smelled of strong Clorox coming from the bathroom. The rug was changed. The curtain was changed and then she went back and she said that she only gave those as evidence because the police threatened me to revoke my Supreme Court bail. So that’s why she said that and the bathroom she was mentioning about, it was her bathroom and her house. In her bathroom the crime occurred and she never spent a night in Hattieville and was on Supreme Court bail.”

Reporter: And so the belief is that from there, your daughter’s body was moved.

Shirley Mai, Mother of Deceased:  “Was removed from her house to the garbage dump and was set on fire and the police told me it was three vehicles. They had the picture of them that took the body to the dumpsite.”