The weekend saw a series of road traffic incidents that claimed the life of four persons; three men and one woman. We begin tonight’s newscast with Saturday night’s incident out west where 45-year-old, Lorelli Chulin-Tzib was killed in the area of the Iguana Bridge in Spanish Lookout. The woman was with her husband, Assistant Superintendent of Police Nazario Tzib who was driving an Isuzu DMax when he lost control of the vehicle. The couple and the vehicle landed in the water leaving both unconscious. The woman did not resurface while the officer survived, sustaining multiple bruises and abrasions. Police’s Public Relations officer, Fitzroy Yearwood told the media that investigators are awaiting on a toxicology report to determine if alcohol may have been a factor. 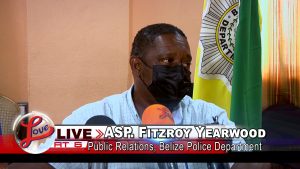 ASP. Fitzroy Yearwood, Public Relations, Belize Police Department: “The approach that he was coming from was from the Spanish Lookout side going to Selena. If you know that area, you have a decline that goes into the wooden bridge then the curve. So it would be that he was coming off the decline to the bridge as opposed to coming off the curve to the incline. He was going to Selena Village. This wooden bridge doesn’t have any guardrails or anything so when you’re approaching that bridge, people usually approach it with caution either way. As he travels this way back and forth almost daily, it’s something that he does almost regularly but, unfortunately, this time he lost control of the pickup. We don’t know if maybe he had some mechanical failures, that we will know when they actually do a complete examination, mechanical, on that vehicle, then we would know what would be the contributing factors. Police have attained samples that they need and everything and we will await the toxicology report. But I know that he gave an interim report to the officers. Like I said, dealing with what took place and realising that your loved one lost her life, we have to be very gentle in how we approach a situation like this. We’re not giving him any preferential treatment but at the same time, we must realise the psychological effects of what took place out there on that night and I am certain that our investigators know how to approach this and we’ll do it in the best interest of Mr. Tzib and the public that is waiting and listening because of course, we want to give the quickest version of what took place and the best version at the same time, meaning, we want to be very thorough in our investigation.”

Lorelli Tzib was the mother of three children. Her body awaits a post mortem examination. 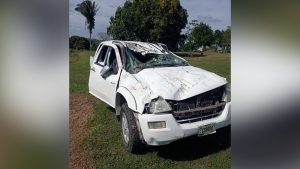