Belize is home to many athletes who have shined in their respective sport of choice. It is no surprise to citizens to see sporting teams that excel when they compete abroad. Over the next few days, however, Belizeans will have a chance to watch the national All Star softball team compete in games against Costa Rican players from the Alajuela Team, right here in the City at Roger’s Stadium.

Jude Lizama – President of the National Softball Team: “These games are a series of games with the Costa Rica Club Alajuela and they are here on vacation but are taking the opportunity to get in some friendly games with the All-Star team from Belize City.”

Charles Solis, who now plays for the Alajuela Team, is originally from Belize and played softball on the national team before moving to Costa Rica 17 years ago. He is responsible for facilitating the Alajuela’s trip to Belize.

Hernando Valverde – Manager of the ALAJUELA Team: “Well the thing is right now we have players about four years old and we have new guys that are around 20 years old so right now we are in a period of transition between the people that are younger players and the older players to play the three leagues.”

The entrance cost for the games are $5 for adults, $2 for kids, and there will also be a $2 cover charge for parking. The money will help to generate assistance for the Belize City softball association, who will also be having games on Sunday at 1pm. The Belize City All-Star Team is headlined by Deputy Mayor Oscar Arnold, who is the pitcher for the team. 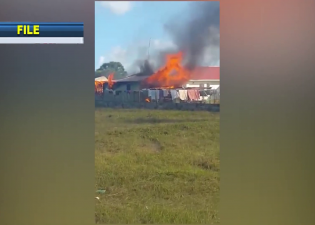