Former Journalist, Janelle Chanona, was sworn in as the NGO Senator this morning in Belmopan. The swearing-in took place at the start of the Sitting of the Senate, currently, underway in the National Assembly building. Lead-opposition Senator, Michael Peyrefitte, rose to give a special welcome to Senator Chanona.

Michael Peyrefitte, Chairman, UDP: “Madam President, let me join the Leader of Government business in welcoming Senator Chanona to the Chamber. I like to tell a story that embarrasses her, Madam President, but it embarrasses me even more so it’s only fair, that as a young university graduate, I decided to give back and do a year or two of teaching at SJC 6th Form. I am sorry for them too, you know, but some of them come to the Senate. Some of them make it all the way to the Senate sir, despite my teachings or lack thereof. So that’s when I first met the Senator. She was impressive from then and anybody who knows anything about rising stars within the society could tell you that Ms. Chanona is one of those people and may I say that I beam with pride that one of my students can join me in the Senate and while you may not agree with me as you often did not agree with me in the classroom, let’s just say we look forward to your contributions. Welcome to the Senate. I’m sure you’ll make a great great addition and we look forward to discussing the national issues of Belize. Welcome. Welcome and it’s good to see you.”

Also giving an endorsement for Chanona’s presence in the Senate, was PUP Senator, Christopher Coye.

Christopher Coye, Minister of State in the Ministry of Finance, Economic Dev. & Inv. : “I would also like to express my congratulations to Senator Chanona. I know the Leader of Government Business had mentioned that she has high standards to live up to with her father having served but I would say, I’m confident that she will meet those high standards because she comes from good stock and I highlight that, not only because of Mr. Chanona but, because of his wife, Ms. Myrtle Chanona.”

Chanona is the daughter of Belmopan’s former Mayor and former Senator, Anthony Chanona. She is the second Senator appointed as the 13th Senator, taking over from Senator Osmany Salas.///// 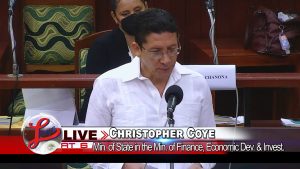 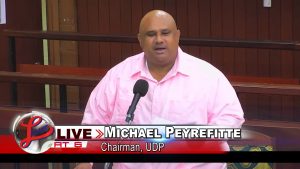