Nine Cuban nationals were spared deportation this morning with the assistance of the Human Rights Commission of Belize (HRCB). The seven adults and two minors were already at the airport, ready to be placed on a flight back to Cuba. The deportation order came after the Immigration Department found them to be undocumented and illegally entering Belize on February 15. Fortunately for the Cubans, the HRCB was able to file an application for a Writ of Habeas Corpus. Love News understands that an expedited hearing was done and the courts ordered that the nationals were to remain in-country until they are given a fair trial. The group reportedly is in Belize to seek asylum after running away from their country and fearing to return. Attorney Leo Bradley, who is the President of the Human Rights Commission of Belize, says the Immigration Department attempted to undermine the process of the courts by rushing a deportation exercise. Love News understands that the group remains in detention. Our newsroom made several attempts to contact the Immigration Department for a comment on the issue but our efforts were futile. 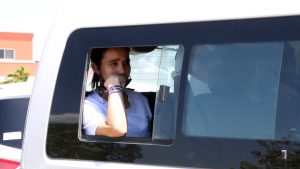