While the UDP is questioning the logic behind how the money is being spent, some have criticized the party for not opening up the same avenues for musicians when they were in office. Senator Peyrefitte explained that even if that were true, it should not take away from the fact that people should know how their tax paying dollars are spent. He responded to the idea that the party is simply nitpicking. 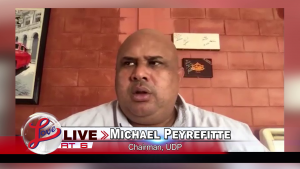 Michael Peyrefitte, Chairman UDP: “Because you say that we had not done this when we were in Government gives you the right to just do it without explaining what you’re doing with the money? I mean, that’s not, that’s not a logical response. You’re trying to throw a red herring in the mix. What does that have to do with you telling us what you’re spending the money on and how much you’re spending the money on. I already said, if they were having an International Music and Food Festival and taking money and spending it on Belizean artists, the UDP would have no issue with that. But what I’m saying is that we want to know what our money is being spent on since it seems, on the surface of it, the majority of that money, which is public money, will be spent not on Belizean people and on Belizean artists. We have a right to know that. So simply be, you can’t say the UDP Government didn’t do a scheme like this that was so questionable now that we’re doing it now, you can’t question us? No man, that’s not, that’s not logical.”

Beginning in 2016, when UDP Leader Moses “Shyne” Barrow was music ambassador, he organized a yearly event, called “Music Week”, which also included international artists. In 2019, Jamaican dancehall star, Popcaan was slated to perform. “Music Week” was last included on the national calendar in 2021, when it was then organized by the Institute of Creative Arts.