The life of Laddie Gillett was celebrated today in Placencia Village.

A flower garden at the spot where he was shot and killed a year ago was inagurated.  Gillett’s family and friends spent the afternoon sharing stories of him and offered prayers in his honour.  Gillett’s grandmother, Lucy Flemming, told Love News that they will continue to seek justice for his killing. The memorial service was successful and culminated with a “Finish the Run for Laddie” from the spot where he was shot leading up to his intended destination that night which is less than a mile away. 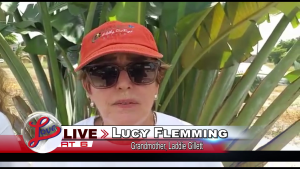 Lucy Flemming, Grandmother Laddie Gillett: “At this point in time, why we decided to create a memorial space for him was that we kind of wanted to shift that energy a little bit. We wanted to take it from that tremendous grief and sorrow; move it positively forward. We’re going into a new year. We’re going into a new time without Laddie and we are here at a memorial for Laddie because Laddie is dead, and Laddie died four months after his fourteenth birthday.” 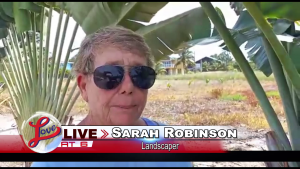 Sarah Robinson, Landscaper: “I had to try to think of things that could work out in this location because it’s very salty and windblown, to try to find some plants that would look native and stay happy with the situation. So that’s what I tried to do and I tried to make it flattering to the, to Hannah’s design and to the beautiful bench that they made, and so that people could possibly take their ease there to think about Laddie and remember the injustice.”

Warren Garbutt, Chairman, Placencia Village: “The activities were basically just friends and family of Laddie sharing their experience, a very special prayer by Mr. Mick Flemming. Then we had a beautiful poem by Laddie’s best friend, Thomas Palacio. That was followed by remarks and also a vote of thanks by Miss Lucy Flemming. We also had a rendition that was dedicated to Laddie by Belizean artist, Stig, and he was backed up by Placencia’s very own Keilon Eiley.”

Gillett was killed on the Placencia beach by Police Corporal, Kareem Martinez, while he was making his way home with two of his friends.