Botanical Garden by Roselynn is owned by Diani Chan. The business is located in San Narciso, Corozal, and according to its business description, Botanical Garden by Roselynn is “a new ongoing small business that provides a variety and unique cactus, succulents, flowers, plants, pines, and special decors.” Chan imports plants through the northern border and as we reported last week, her plants were confiscated by officials from the Forest Department. That’s because the importation of plants are strictly regulated by the Convention on International Trade in Endangered Species (CITES) which Belize is a party to. In most cases, whenever an importer introduces restricted plants to the country without a permit, the Forestry Department would confiscate those plants and burn it. This didn’t happen in this case because as we reported last week, a high government official called and intervened. That official was Prime Minister John Briceno who conceded that he made the call and on Saturday, he explained that Chan had received the permit from the Belize Animal and Health Authority (BAHA). 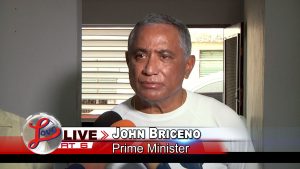 John Briceño, Prime Minister: “I was called by the Minister of Agriculture very frustrated. He was saying that Ms. Chan, I don’t know Ms. Chan, is a very young entrepreneur trying her best to start her own business that has done everything possible to be able to import her plants to Belize. She had a previous problem a few weeks ago when she had all her permits and everything in place then she was being stopped at the border, given problems at the border and could not bring in her plants and again, Minister Mai called me as the Minister responsible to ask me if I could please ask the people at the Customs Department to ask them to please process that permit or that order or else if it stays on the other side it will, it is going to be, they’re going to spoil. They’re going to die. So, again, I had to call and ask and it was done and everything and nothing happened. This time around now, I was in the middle of a meeting again and Minister Mai called me again very frustrated and he says the same person is having the same problem again and saying now that BAHA had approved and they have approved and that everything was in place. I think he even said that Forestry had approved a permit for them to bring in these and now that there’s now a member from, a staff member from the Forestry Department that was now attempting to take aways these plants. I had every intention to sit down with Minister Habet to be able to talk to him about the process that we have. One of the biggest problems that we have in Government, and the Forestry Department is no exception. They’re not the only ones, sorry. All of the other departments, they all have their rules and sometimes they drag their feet. You have the problems with DOE, with GOG, with Lands Department and you have people that want to provide a service to citizens. You have people that have invested a lot of money. You have small businesses like this individual, like Ms. Chan, who are putting a life’s savings to try and get a permit and try to open a business and when we drag our feet, we create serious problems. In this instance, I simply got involved simply because well, Minister Mai was trying to get it done and could not resolve and I called. Yes, I called.”

As the Prime Minister explained, it was the Minister of Agriculture Jose Mai who called him to intervene. According to Mai, while Belize is a signatory to CITES, it is not yet law. In fact, he explained that BAHA is the only competent authority to issue the permit, not the Forest Department.
Jose Abelardo Mai, Minister of Agriculture: “This was a strange thing and I believe that the lady had imported once or twice before. I didn’t meet her. One time I spoke to her. But she was having problems and she was referred to my office. My advice to her was to go to Belmopan, sit with BAHA, BAHA technical people and let them run you through what exactly what you need to do, when you need to do it, how you need to do it so that you don’t have hiccups at the borders. She, the first time she had problems. The second time she had problems but because of domestic documentation I think. The third time she brought it in and now the problem is on our side. You will understand that BAHA is the only competent authority to issue certificates of importation for animal and plant products that are ornamentals, fruit trees, and ornamental plants. Forestry deals with forestry and timber and all the forest species. So when she received the information on BAHA, they gave her the run around, she did what she was told but when she got to the border there seemed to be some kind of controversy between BAHA and Forestry. Forestry was saying that they need to give an import permit and then my BAHA technical group was saying, Minister, BAHA is the only competent authority that can authorise this. Forestry has said that we are signatures to cités which are multilateral conventions for the protection of endangered species, animals and plants and so on. Right? But these are citees and they’re not yet laws. As a matter of fact, that cités bill is still in committee at committee stage.”

Reporter: But if we sign on to this convention that protects or prohibits the importation of restricted plants. The point that was being made to the Prime Minister was that if we in contravention to a convention that we signed on to, we might be at risk of being black listed by cités in other –

Jose Abelardo Mai, Minister of Agriculture: “Yes. You are right and so those cités then have to be converted into a law that authorises the ministry to issue permits or to confiscate or to destroy. Now that is still in committee at committee stage so you cannot act before the law is passed. So that was where both technicians, the technical people from BAHA and Forestry were having a problem right and you know how public servants operate right so we are trying to solve this problem and public servants are there to serve man. But to just lock up the thing, lock up. The plants have been in the sun for two days. It’s a hundred degrees out there.”

Reporter: So these are not restricted plant

Jose Abelardo Mai, Minister of Agriculture: “Well I don’t know what’s the details. There were some plants that Forestry thought that needed a permit of cités but again, Forestry yet does not have that law enacted so it caused a little conflict and if you want to confiscate these plants and if the person, you don’t have a law. The person can take you to court and then you are exposed. So we were just trying to balance this thing. The Prime Minister had to get involved to try to solve the problem.”

Reporter: Okay so two things. Would you agree that there is an appearance of special interest in this case because, secondly, two very powerful ministers, the Prime Minister himself included, had to intervene in one individual’s problem.

Jose Abelardo Mai, Minister of Agriculture: “No. I think that there have been more than one individual and it would have been treated the same way. It’s not a special interest. I mean the young lady is not even my constituent. I just know that she’s an entrepreneur trying to make a little money and we have to support whoever is doing business but it has to be done the right way. Right, so there was no special interest. If it would have been three people out there with the same problem, we should have addressed it the same way. I would have done so the same way.”
Now, as you heard, the Prime Minister called a public officer asking that the unit’s supervisor be consulted on the matter. The public officer refused and according to the Prime Minister and Minister Mai, the public officer was rude and hung up the phone on the leader of the country.
John Briceño, Prime Minister: “I was in the middle of a meeting. I quickly called. I know the mother-in-law so I asked, I called her and asked if I can speak to the officer in charge and the officer in charge was very rude, the way he behaved, and said well only his boss can call him and I said well I am asking you as Prime Minister to please allow them to come in and then we can deal with the facts afterwards since it was already here and that if there was any, he did not cite anything about the cités by the way. That person was very rude and set down the phone on me and I’m certain he would not dare do that to Dean Barrow back then but he did it and I’m going to speak to the minister about that but more importantly, our public officers. You know, previously, our public officers were referred to as public servants because they are here to serve our citizens and there are many instances when I find that members of ou Government drag their feet and there are some instances, and I’m not suggesting this, this was one of them, but there are instances where they drag their feet because they want to be compensated for the work that the Belizean citizens are already paying them. So I will be speaking with the minister so I’m not shying away from that. So we’ll keep it as that. No follow up question.”

Reporter: They serve the public not you the minister or you’re not supposed to give them an order, especially if it’s not your ministry.

Jose Abelardo Mai, Minister of Agriculture: “No. The quarantine because they had the same thing with the quarantine officers. See, it was a total confusion, which is, I should say, unfortunate. Right? And so he acted, I think, in an unprofessional manner too which we, I am addressing too. It has to be addressed. Because if your supervisor, who is trained in this, has sat down with this lady and said “Listen, I see nothing wrong with this.” I briefed the lady on what to do and then you who are on the ground are behaving in another manner, unprofessionally I believe, then that has to be addressed.” 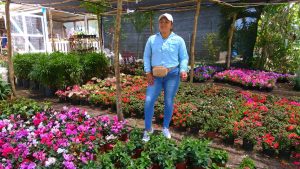