The controlled price of a 16-ounce pack of sliced bread will increase. This is what the Prime Minister, John Briceno, told us today. Last week, Cabinet announced that it denied the request of bakers to up the price of the controlled good. The Minister of Agriculture and Food Security, Jose Mai was tasked to engage with the Association of Bakers to ensure alternatives to minimize the drastic seventy-five cent increase. Today, PM Briceno said that while it is unfortunate there’s not much the government can do to keep the price at one dollar and seventy-five cents.

Hon. John Briceno, Prime Minister of Belize: “I  wish we don’t have to increase the price of bread. I mean we do not support an increase for the price of bread but we also have to be realistic. If the bakers are not making money they will stop producing bread and where are you going to get your bread? Then you’ll have to go back to your house and to your families to bake your own bread and then if we do that then you all  will be jumping on our backs and saying why is it that we no longer have bakers in this country? That is the reality. The price of goods are going up everywhere in the world. We do not grow wheat, the wheat is important and right now especially because with the war in Ukraine they are huge producers along with Russia some of the largest producers of wheat so it goes to say that the price will have to be increased. Now we want to keep it at the bare minimum. The minister last week brought a paper to Cabinet making these recommendations and we asked him to go back to meet with the bakers and to go with a fine tooth comb with all of the expenses to try to ensure that we can minimize the increase of the price of sliced bread.”

Area Representative for Belize Rural North Andre Perez, whose family owns a bakery in San Pedro Town also weighed in on the issue. According to Perez, an increase is inevitable given the rise in the cost of production for bakers and the current rise in inflation. 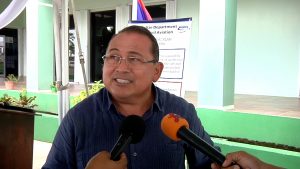 Hon. Andre Perez, Area Representative, Belize Rural South: “We need to understand something our government was elected on a platform to reach out to those small the companies that are growing up and the companies and the bakeries that are most affected here are not the bigger bakeries they are the small mom and pop bakeries around this whole country there are 30 of them so it’s understanding that selling a loaf of bread since 2008 at price control of $1.50 that’s no longer, it’s obsolete, actually it’s bordering on madness to know that our bakeries have been so quiet for the past 13 years. I understand the bakeries it’s not Red Cross but the most important is to recognize, I’m concerned personally is for those small bakeries that sixty 70-80% as much as their production is based on that slice spread. So these are the are the people that most to cater and our people must understand that. Secondly the most important thing is that the price control- I want to clarify this – the price control of bread is only for the sixteen ounce; all other products have no price control. We’re talking about regular burger buns, hot dog buns, sweet breads, hard time biscuits there’s no price control on that but to lend itself to more information since 2008 the cost of shortening –  because we like to kind of  focus on what the price of flour defines what we produce yes it’s the key ingredient we’re talking about shortening, we’re talking about yeast,  we’re talking about labor,  we’re talking about butane, we’re talking about fuel all these things that gone up exponentially not going last three years they have gone up for the past 13 years so put these all together it’s justification provided by the bakers is well justified and I’m glad that our government has been listening to them but to say that we the government is against our bakers is a fallacy that we want to make it clear we are working, we understand that. And I think that’s the direction we’re going and pretty soon we’re already reaching a compromise by next week but indeed there is nothing we can do with the price of bread but to buy a loaf of bread for a $1.50 right now I’m going up to $2 or $2.25 it’s still affordable to buy a loaf of bread to feed three or four people in the family that is still something noble and it’s gonna feed the family. If you want to buy a beer it costs the same and it only feeds one person to drink more than a beer to share with someone else so just to make that comparison.” 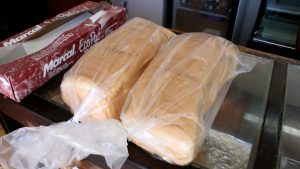