Prime Minister John Briceno was presented with an honorary doctorate from the Kun Shan University in Tainan, a city on the island of Taiwan. An honorary doctorate is ordinarily given to an individual who the university believes is worth honoring and who has contributed in various fields. Prime Minister, Dr John Briceno was accompanied to the ceremony by Taiwan’s Vice President, Lai Ching as well as the Belize delegation. Following the ceremony, Vice President Lai hosted a banquet for Belize’s government officials at the Chimei Museum. This is the Prime Minister’s first trip to Taiwan in the last sixteen years and his first visit in the capacity as country leader. He is expected to return home early next week. 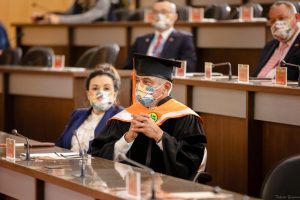 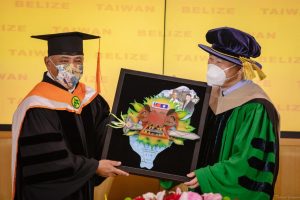