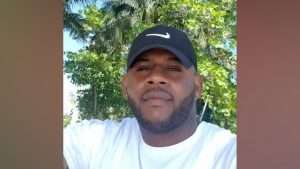 Police have also charged one of their own after he was caught on camera assaulting a young man over the weekend. Police Constable, 34-year-old Philip Garbutt is accused of assaulting 21-year-old Edmond Perdomo. The incident occurred on Sunday when Perdomo was socializing at a popular establishment on Newtown Barracks. The Deputy Commander for the Criminal Investigations Branch, Senior Superintendent Hilberto Romero says that the matter stemmed from a verbal dispute between the men while they were inside the restaurant.

Senior Superintendent of Police, Hilberto Romero: “On Sunday the 2nd day of January 2021 Edmond Perdomo reported that he was at Shisha Bar and Grill located on Newtown Barracks when he got into a confrontation with a police officer. There after they had a scuffle and the police officer took out his weapon and hit him to the face. He received injuries and was issued with a medico forms and thereafter taken to the hospital where his injuries were classified as wounding. Phillip Garbutt, 34 years old Belize police officer from Belize Cityhas since been arrested and charged with the crime of wounding . PC Garbutt had a talk with Perdomo escalating to the scuffle and thereafter that’s what led to this incident. They had a confrontation in the establishment.”

Reporter: was Mr. Garbutt on duty at the establishment or was he a proprietor? 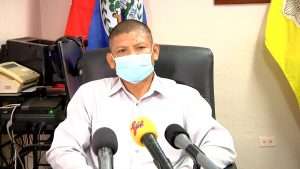 Senior Superintendent of Police, Hilberto Romero: “He was working there at the time.”

Reporter: Any more information To what may have led to that?

Senior Superintendent of Police, Hilberto Romero:  “They had a verbal dispute and they got into a scuffle and that led him to causing the injuries to this person.”

Romero added that Garbutt is also expected to face disciplinary charges on the investigation.