The Belize City Council launched a public appeal yesterday asking residents to pay forty-four cents per day or one dollar and sixty-five cents to every time their garbage is collected; that would add up to some thirteen dollars and twenty cents per month. The council is taking this route to have residents to assist the council with its three point eight-million-dollar annual garbage fee paid to Belize Waste Control. The mayor’s goal is to have residents offset the cost which would then allow the council to divert money into other projects. The appeal is on a voluntary basis as to have it a mandated fee would require amended legislation and approval from Central Government. Prime Minister John Briceno was asked about it for his feedback on the council’s approach.

Hon. John Briceno, Prime Minister of Belize: “That has not come to me and until it comes to us for us to be able to take a look then we can take a position. Obviously it’s something that we’d have  to take a very hard look before we decide whether we would support our garbage tax but again we need to add that they were elected so it’s not, we can’t tell them ‘don’t do it or do it ‘ that’s something that the council would have to decide, whether we would support it now that’s enough that’s another matter. When that time comes and that they’re really serious about it our political leaders of the city would have to sit with the mayor I suppose. It’s not written in a book as to what is the process but I’m sure that the DPM along with the Minister of Tourism and who is the deputy leader of the party for the eastern division and then the chairman of the party who is all residents of Belize City I’m sure that they will have an input because it can affect them either positively or negatively in the polls so obviously the City Council needs to work with the area representatives it would be foolhardy if they don’t. I have not heard the citizens crying out against it so probably it’s something whose time has come but the council,  all the municipal bodies, need the funding to be able to provide the services that their citizens are demanding and are expected of them.”

The contract with Belize Waste Control has since proven to be iron-clad as previous Mayors have taken the matter to court with an aim to get out of the contract, but those efforts were futile. 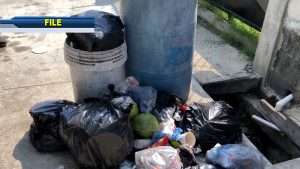