Consumers may be seeing their light bill increase. We say, ‘may’ because the Public Utilities Commission (PUC) and the Belize Electricity Limited (BEL) are at odds over the rate increase. For now, the rate increase is proposed and is now open for feedback from the public and BEL. It’s not until January 20 that a final decision will be given. Love News understands that while the PUC is looking at a one-point six cents increase per kilowatt, BEL is saying they never requested an increase. As a matter of fact, the best information to our newsroom is that the company had no intentions to request an increase in rates until the year 2023. In speaking with the General Manager of Employee and Corporate Services, Dawn Sampson-Nunez and the Manager of Strategy and Business Innovation, Leon Wesby, we were told that the company was holding off on an increase due to the current economic hardships and in the hopes that BEL would have recovered the excess money used.

Leon Westby, Manager of Strategy and Business Innovation, BEL: “The thing is that the PUC has absolute  discretion when it comes to deciding on rates, that’s their decision it’s their authority to do that. So there’s been instances where BEL has asked in the past for rate increase/ rate decrease the PUC makes its own assessments based on the information that we provide and it’s really their decision. So while our submission was simply to register the fact that there is a balance owing and that’s not unusual. It didn’t mean that the rates had to increase now. It’s possible that increase sales as the economy recovers over the next one or two years would allow us to recover that money without changing the rates. So there are different factors at play,  this balance is always in flux. It’s at the PUC’s discretion to decide when and by how much they would do a rate change.”

Reporter: So they can bring that decision about even though the utility company did not make a request for increase or decrease?

Leon Westby, Manager of Strategy and Business Innovation, BEL: “Exactly yes they can.”

Dawn Sampson – Nunez, General Manager of Employee and Corporate Services, BEL: “We proposed in our submission to the PUC to recover the difference between what the actual cost of power was in the previous period and the approved or reference costs of power we propose to collect that at a later time and I think it’s 2023. And the reason for that is simple we are experiencing economic hardships, we thought that its better to defer.”

The Public Utilities Commission (PUC) also spoke to the media this evening explaining that BEL’s strategy is one of kicking the proverbial can down the road. According to Ernesto Gomez, the Director of Tariff, the PUC believes that it is better to bite the bullet now than later. 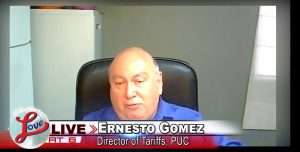 Ernesto Gomez, Director of Tariff, PUC: “It is correct what you’re saying. Normally under submission for these read reviews in December BEL would make a specific request. In this case their submission was a little bit different, it was worded different. It was basically as an information of the variance of costs of power and the information that was officially done was only up to the end of the year which is the 31st of December 2021. It’s on the attached tables that then you can see that their projections for January to June added another $5 million to the pot and as a result when you add up all their information from their letter of submission and the attachment in turned out to be a little over $9 million. So we saw it strange that there is no direct request for a rate increase but at the same time they’re telling you that there is a projection that the customers will  owe BEL this amount of money. So we here at the Commission have to present this scenario to the commissioners and the commissioners have to do their decision and basically they can decide to go ahead and make the adjustment now or adjust it later. Now adjusting it later because of the regulatory process the next opportunity for adjustment is basically on the rate review period 23/24 and at that time you don’t know what the variance of cost of power would be if it would balloon bigger and would become a bigger hit for the customer so in that decision by the Commission with our calculation and everything we consider that it is prudent right now to adjust the $4.5 million by 1 ½ cents now rather than procrastinate it and leave it for the future. That is a Commission decision on the best interests of customers but that is the reason why the law is set up like that so that we propose this to the public and to BEL and to the government and there’s a 10 day window for everybody to make their comments and the commissioners have to listen to the comments and decide if they will readjust that decision for the final decision that has to be done of course five days after the consultation is done.”

It is to be noted that the PUC is the regulating body that every utility company has to report to if it seeks an adjustment in rates. It is also to be noted that it is the PUC that decides whether rates will increase or decrease. 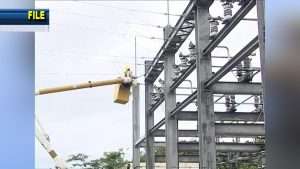