The family of 27-year-old David Gonzalez remains in shock tonight after the security guard was fatally shot while on duty. On Thursday night at about seven o’clock, Gonzalez was doing his job at Super Q Mart in San Ignacio Town when he was approached by the murderer. The culprit pulled out a firearm while attempting to steal the firearm that Gonzalez had. The victim resisted for a few seconds before he was shot several times. Reporter Vejea Alvarez has the story. 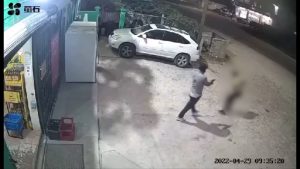 Vejea Alvarez, Love FM News:  27 year old David Edgar Gonzales, father of one, was on the job when his life came to an abrupt end. Gonzales was standing in front of Super Q Mart on Bullet Tree Road in San Ignacio Town when he was approached by a robber. The culprit pulled out a firearm while attempting to steal the weapon that Gonzales had. He resisted and that’s when the assailant opened fire and shot Gonzales as he fell to the ground. The killer then ran off with Gonzales’s firearm. Mayor of San Ignacio and Santa Elena, Earl Trapp Jr. says the murder has shocked the entire community.

Earl Trapp Jr., Mayor of San Ignacio/Santa Elena: “This young man was out there working hard trying to earn a living for him and his family. Unfortunately, he was gunned down and, unfortunately, he passed away. You know, it is so sad that you are trying to earn a legal and a normal living out here and some culprits will just come and take away your life. We here in San Ignacio and Santa Elena are not used to this. We’re shocked and we are asking the general community to do more in terms of making this community safer.”

Vejea Alvarez, Love FM News:  Gonzales worked with Anchor Security Services for several years. His aunt, Rosamaria Guzman, says she, like thousands of persons, watched the video of he nephew being murdered. She says that up to now the entire ordeal feels unreal.

Rosamaria Guzman, Aunt of Deceased: ‘When I saw it, I couldn’t say, I was left in shock. I couldn’t say a word or even do anything. I just saw it right there and I couldn’t even believe it. Up until now I still can’t imagine that he’s dead. I’m still there holding on saying that he will still be there at the hospital.”

Vejea Alvarez, Love FM News:  After Gonzales’s father, Edgar David Gonzales, was murdered in 2010, he took up the mantle and became the breadwinner of his home. His aunt said that his mother will now have to face life without him.

Rosamaria Guzman, Aunt of Deceased: “He was a helpful person from he was small because lately like a couple of years ago he lost his father so he was a hardworking person to their family like helping the mom with things at home, maybe working doing little things to work outside and stuff to help his mom.” 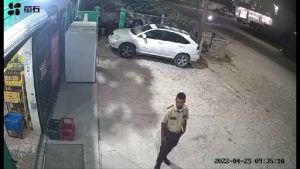 Vejea Alvarez, Love FM News: Gonzales, who was shot six times, was rushed to the hospital where was pronounced dead. Police have since detained a 23 year old man from the Hillview area for questioning. Reporting for Love News, I am Vejea Alvarez.