The Senate yesterday looked at the Belizean Nationality (Amendment) Bill, which makes way for the Government’s Amnesty Program. The idea is to help over forty thousand persons residing in Belize who wish to legalize their immigration status. The Government is touting this as an opportunity for the economy to expand, but there may be a loophole through which foreign students may take advantage. Senators Kevin Herrera and Janelle Chanona raised those concerns. Here’s that discussion. 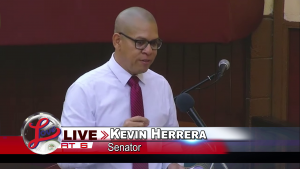 Senator Kevin Herrera: “I think we’re all aware that there are certain persons, young people, children who come over the border in Benque every day for school. I don’t know if it was the intention of the bill to as well include those persons and perhaps if it’s not then I think perhaps it should be addressed because given what I explained just now with the requirements and the wording notwithstanding it seems like the amendment supercedes what would have been existed in 21 a. And if that is not the intention then perhaps that loophole could be stopped.” 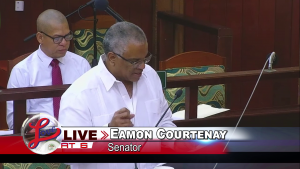 Senator Eamon Courtenay: “Of the 4,752 people who have made appointments that will yield a revenue if they’re approved of $1,969,250. Just shy of two million. So if forty thousand come in you’re talking about twenty thirty million dollars in revenue. The objective is not of course to raise revenue but I just want to give the Senate the assurance that we do not expect this to be a cost to the government and people of Belize.” 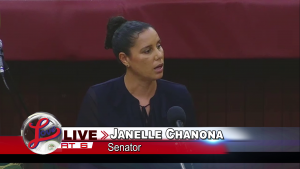 Senator Janelle Chanona: “On the security point we have offered to the Department of Immigration regional contacts that perhaps can assist with the vetting exercise with the Central American applicants. We’re associated with a program Crime Stoppers and regionally there are several programs that can assist the government in making sure that we are fully aware of anything that may come up on that person’s application in terms of a wanted poster for example. But we also call out one of the points that we had raised in the consultation was 3c in so far as the previous presentations saying this was a program designed for long-standing persons who had been in Belize and mathematically it would be then that 2021 you just need to have a child in 2021 to then qualify for it so just to raise that that was one consideration that the members called out as having perhaps not been contemplated in terms of recent applicants The second thing we wanted to call out and certainly we will be as helpful as possible as a network to help to circulate the information around this because we want people to take advantage of the program once they meet the criteria and I know Senator Courtenay mentioned the ramping up of the education and awareness. We also understand that there will be a crackdown after this program so we want to make sure that people are aware of it and also that they’re in a position to take advantage of it. We called out that the hours so far have been between eight and five on the week days and for persons who are working you know on farms or working in places that might not be conducive to coming to these locations yes there are two in every district we understand that but we just thought that perhaps there be some exploratory exercise in seeing if some of this can be done, some of the registrations can be done outside of typical working hours.”

Senator Eamon Courtenay: “As Senator Herrera alluded to the intention is to have someone who has a connection, who lives in Belize and so we will clarify that in the regulations. If you look at clause 4 21aa 4B 5the persons will be required to bring applicable proof of having attended school including certificates, diplomas or degrees awarded by an institution of learning or a certified copy of a letter from the institution of learning along with report cards and certified transcripts.”