On Tuesday, Love News broke the story about Belize Telemedia Limited’s acquisition of Alternative Networks-Cayo Television. The acquisition is seen as part of the company’s efforts to increase returns on its fiber-optic network. CTN, as we reported is a cable company, one of just a small number of companies still in the cable business. When asked about it today, Leader of the Opposition Moses “Shyne” Barrow explained that it is yet another instance of taxpayers’ money going to waste, in addition to the appearance of political cronyism. 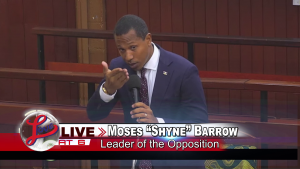 Hon. Moses “Shyne” Barrow, Leader of the Opposition: “There are many concerns. There are concerns that the owner is politically affiliated that is one, person is known as a big supporter of the People’s United Party but two on the face of it it makes no sense. My understanding is the content that is being streamed is being pirated so that is one concern. The second concern is that BTL could get the same streams directly without going through a middle person. The other concern is cable is becoming obsolete. Why would you invest in a dying industry ? Cable that is like a dinosaur you get everything online and BTL doesn’t need someone to contract that for them they could do it themselves so $6 million dollars again complete wastage. If you take the potential of corruption out of it they didn’t need to spend $6 million to acquire this company.”

This acquisition by the company is also seen as a chance for BTL to gain an advantage in the market. It is also expected that this will fall in line with BTL’s other services: purchase SWITCH TV using DIGI Wallet and stream using DigiNet.