The National Emergency Management Organization (NEMO) and the National Meteorological Service continue to monitor the flooding situation in the northern districts of Corozal and Orange Walk. More than a dozen families were affected by flooding on Sunday and the situation is expected to worsen. We’ll have the complete update on what happened in the north, but first, we go to the unfortunate incident that happened in Maskall Village. Tonight, the family of six-year-old Marvin Lopez is mourning his death after he was electrocuted on Friday evening. It’s an unfortunate incident that has investigators questioning what actually happened. Love News spoke to the parents of Marvin and, reporter Vejea Alvarez has their story.

Vejea Alvarez, Love FM News: Six-year-old Marvin Lopez would have been going on summer vacation this week. Unfortunately, on Friday tragedy struck and the infant-one student lost his life after being electrocuted a stone’s throw away from his home in Maskall Village. His father, 36-year-old Oscar Lopez says he had just arrived home after a day at his farm when Marvin left home to play with his next-door neighbour. 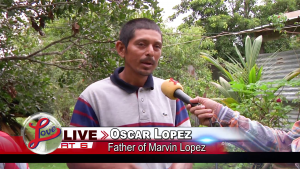 Oscar Lopez, Father of Marvin Lopez: “When that happened, it happened around 6 o’clock. We had come from the bush around 5, nearly about 5 minutes past 5 right? So I went inside, took a little rest, laid down in my hammock when my little neighbour, her grandson came to take the baby to go and play. Right? Then afterwards about in half an hour or an hour, they, the one who lives with my neighbour, came to tell  us that the little boy got shocked with the current. So what I did, because she couldn’t go, so what I did, I went running to see what happened to my baby, right. So what I saw was my neighbour had the baby, backing him. So what I did, I grabbed him and put him in her vehicle because she lent me her vehicle. Then I came to get my wife here and we went to the hospital.”

Vejea Alvarez, Love FM News: According to Lopez, his son was electrocuted by a live illegal wire that connects various homes in the area with electricity. He says that the wire was exposed and made contact with a metal wire in his neighbour’s yard. The electricity then flowed from the metal wire to the fence of a chicken coup. It’s there that Marvin was electrocuted.

Oscar Lopez, Father of Marvin Lopez: “The neighbour told me about the wire that is coming from back there, because we don’t have light here, right? That was peeled and that does connection. He touched the barbed wire and right all around the whale barbed wire, yeah it had current. Around the whole fence had current and chicken wire was touching the fence, right, and ight there everything got current and my baby, they were playing and saw it and when my baby touched the chicken wire, that’s right there when he got shocked and then he fell on top of the chicken wire and that had current.

Vejea Alvarez, Love FM News:While that’s what Lopez’s neighbour told him, according to Police Press Officer ASP Fitzroy Yearwood, police received conflicting reports of the incident. According to Yearwood, charges may be levied depending on the outcome of the investigation. 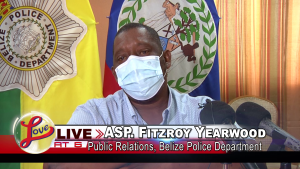 ASP. Fitzroy Yearwood,  Public Relations, Police Department: “They are saying that when they went over there, they saw the mother of the house holding the baby in her hands where she explained that he put some sort of wire into an outlet. The baby was rushed to the Karl Heusner Memorial Hospital but was pronounced dead. When our investigators went to the scene this wire that was allegedly used was found somewhere at the back of the house. 1. We are investigating why they removed something that they claimed may have caused this child his life and so for me to go in debt, I would have to get their final findings sometime today.”

Vejea Alvarez, Love FM News: Lopez says that despite the pain and grief his family is going through, he believes that it was an accident. His wife Martha Lopez described Marvin as a loving child.

Oscar Lopez, Father of Marvin Lopez: “That happened, and it must be that God didn’t want him to grow so He decided to take him and that’s it.” 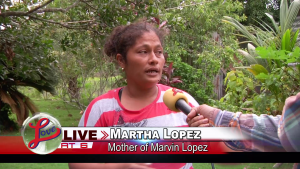 Martha Lopez, Mother of Marvin Lopez: “My son was a happy child. He liked being in the yard chopping the grass with his machete. He played a lot. He liked riding his bike quite often. When I was doing work around the place, he would always be with me.”

Vejea Alvarez, Love FM News: The Lopez family is now appealing to the relevant authorities to assist the community in obtaining the proper infrastructure for electricity. The family is also seeking the public’s assistance in laying Marvin to rest. If you are willing and able to assist the family can be contacted at 622-7242. Reporting for Love News I am Vejea Alvarez.