Tonight, we can rapport that stevedores are back on the job at the Port of Belize Limited (PBL). In a press release sent out earlier today the Christian Workers Union (CWU) stated that stevedores, as an act of good faith, voted to return to work, loading/unloading ships at the Belize City Port. The CWU placed on the record its satisfaction with the ruling of the Essential Services Arbitration Tribunal. In this regard, the CWU is appealing to the Receivership Management at PBL to comply with the ruling and engage with stevedores on the outstanding matters that could be potential stumbling blocks in the parties’ relationship. Acting Prime Minister Cordel Hyde says this latest development is a step in the right direction for both parties.

Cordel Hyde, Minister of Natural Resources: “It’s a difficult issue because I know the stevedores feel very strongly about their position but when there’s this kind of face off nobody wins. The truth is everybody hurts. The stevedores have been sacrificing wages in demonstrating and standing up for their rights and their principle beliefs. The consumers are hurting. The port is hurting. The businesses are hurting. It’s a big move and it speaks, I think, to the fact there was some participation on the part of the government in trying to bring things to a close, in trying to bring things to a peaceful resolution and so I’m happy to hear that. I’ll say this. We were very engaged a few weeks ago in the standoff in Orange Walk between the cane farmers and BSI ASR and I think we set a high standard there, in terms of “How do we function when these kinds of breakdowns take place in the community?” That was done in a peaceful manner without the presence of the BDF and the police. I think the BDF was called in, I think it was a week ago today but we were able to calm those to allay those concerns and get the Minister of Ports shuttling back and forth between the two sides to try to reach some sort of understanding, some sort of agreement. Because, you know, as a responsible government, we have to do that. We have to participate. We have to try to find peaceful solutions to very difficult vexing problems and the truth of the matter is that the issues at the Port they are not new. They’ve been there for a long long time and they’re deeply felt and so we had to, as a responsible government, get involved.”

Reporter: Do you think that GOB did all it could, to help to resolve this issue and did you personally try to intervene for some of these stevedores who are from your constituency?

Cordel Hyde, Minister of Natural Resources: Well you know I’m not exactly an impartial observer or impartial participant here.  Everyone knows where my loyalty stands and where my priorities are and so that’s been the job primarily and officially of the minister responsible for ports. He has been making the rounds on our behalf and from all indications he was very fair, very engaged but I don’t have all the details.

The CWU has indicated to GOB its willingness to further negotiate identifiable issues that need to be remedied to ensure that the industrial relationship at the Port is stabilized. 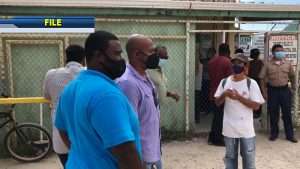 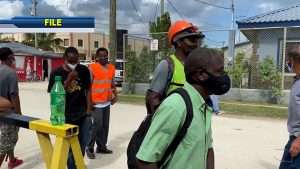