The Taiwanese Government has assisted Belize, yet again. This time, to the tune of 75 million US dollars. The loan commitment is part of the bilateral cooperation program between Belize and Taiwan, spanning to the year 2025. The motion was presented during today’s sitting of the House of Representatives. Members on both sides of the aisle had a lot to say. Here are some highlights. 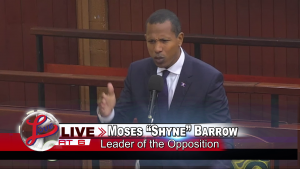 Moses “Shyne” Barrow, Leader of the Opposition: “I am very concerned when I see these monies coming in. You say to supplement the budget and you speak about it. Your speech was so ghastly boring that I totally missed it because I was asleep listening to whoever wrote that speech for you. But, again, Madam Speaker, the people of Belize need to see this PUP Government for what they are.” 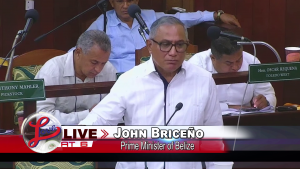 John Briceño, Prime Minister of Belize: “You know if somebody tells you something is boring. You know why it’s boring? Because they can’t understand it, you know? They can’t comprehend what you’re telling them and so I am offering the Leader of the Opposition, you know.” 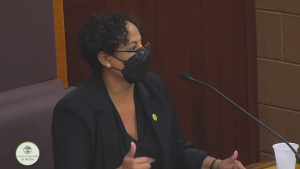 John Briceño, Prime Minister of Belize: “Come to my office. Sit down and  will give you the ABC’s and 123’s so you could understand. We understand what we di talk about. Now this is the man.”

John Briceño, Prime Minister of Belize: “This is the man. The same one.”

Valerie Woods, Speaker of the House: “Members. I need to hear the member who is on his feet. Please remember the standing order.”

John Briceño, Prime Minister of Belize: “This is the man that claimed that ih mek tens of millions of dollars yet ih bruk you know? Yet it bruk. Ih bruk. Trust mi, ih bruk and that’s why, and that’s why.” 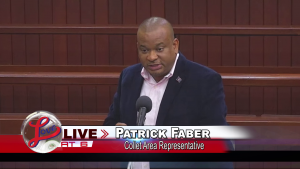 Patrick Faber, Collet Area Representative: “When you borrow money to fill these budget gaps and then you come back with these huge supplementary appropriations, you wonder what is going on. They have to be concerned even more, Madam Speaker, because why is it that you have to go and borrow these monies when in fact, according to the Prime Minister, everything is rolling smooth?” 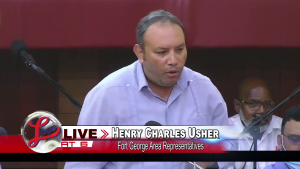 Henry Charles Usher, Fort George Area Representative: “If things were so rosy under the previous administration, how is it that the poverty level, when they had the halcyon days, the halcyon days of PetroCaribe and BNE oil and everything else, the halcyon days of that, poverty level in this country went from 40% to 52% and that was n 2018, Madam Speaker. That’s a 30% decrease Madam Speaker. This was before COVID, before inflation, before everything else. This was under a UDP administration.” 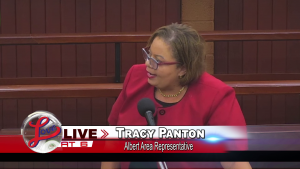 John Briceño, Prime Minister of Belize: “You were not even paying your bills. Post office. Remember, Member from Cayo North? We were at a point of the International Post Office Organization fi shet down the service for Post Offices for Belize because you noh pay your bills! How much? More than four years unu noh pay unu bills. You know? Whichever one, they have a whole list of bills that you know unu mi hard pay and now we have to pay it. Yes, we were at the verge of an economic collapse. The economy shrunk by over 16%. We were the worst performance during the COVID years more than any of the other countries in this region. More than 16% thanks to the UDP government.”