The teen’s killing has brought into question the National Sports Council’s new protocol. Sport teams are required to pay for the use of public sporting facilities. It is the view of the public that because Chris Rodriguez was simply practicing, there was no need for him and his cousin to buy a ticket to use the facility. Minister of Youth and Sports, Rodwell Ferguson, also shared this view. Minister Ferguson told Love News that athletes like Rodriguez should be allowed to use the facility free of cost. 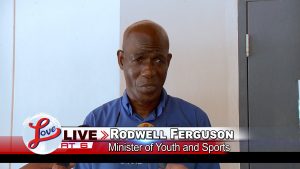 Hon. Rodwell Ferguson, Minister of Youth & Sports: “I really want to offer my condolences to the family. A young man’s life was cut short. He was only 20 years old and I don’t know the intricacies of what is being charged but I spoke with the director this morning and he told me that it’s charged per team so I said man when it’s your time to go, it’s so sudden and that this incident occurred and the young man’s life was just gone. It’s difficult for me to expound on it because now it’s a court case before the court and so I don’t want to say anything that will hamper that case but, I want to offer my condolences again to the family.”

Vejea Alvarez, Love FM News: So from your understanding, he wasn’t, he wasn’t supposed to pay to use that field, just him and his cousin to practise?

Hon. Rodwell Ferguson, Minister of Youth & Sports: “No, I understand they were not supposed to pay. They were charged per team. So he was just passing through I guess and some females were around and decided to maybe be there with them. So it shouldn’t have been anything for them to be there. Our responsibility as Ministry of Sports, we’re supposed to provide the facilities for these young people. So as we now impose in taking over the ministry and trying to understand it, we have to put certain protocols in place and say you know what, if we’re going to have these activities, this stadium available, it’ll be for all young people. Right now we are trying to find a way how we can get the electricity bill reduced because like everybody says, it’s a cost. Once we can get that reduced to completely written off then we can say okay the facilities will be okay for these young people to have their activities.

Members of Rodriguez’s football team and the Mayor of the Twin Towns, Earl Trapp Jr. are now speaking out against the protocol. The protocol requires that teams pay fifteen dollars per hour to use the facility for practice and friendly games. They say the protocol needs to be amended, however, Director of the National Sports Ian Cal, says the fees are needed to maintain the facilities.

Jervi Canté Athlete : “The field is nothing hard to maintain. You know? We have so much talent in Belize and to make us have to showcase our talent we have to pay to use a field? It’s just upsetting, you know? That’s why they said that football will never go anywhere in Belize. But, we have to live with what we’ve got, make the most of all the opportunities we can get. I just ask that they drop charges because COVID really affected things and some teams really don’t have sponsorship to play the field and it’s something. It’s sports that we love and we have to develop the sports and you can’t develop something by charging teams to use fields just like that.” 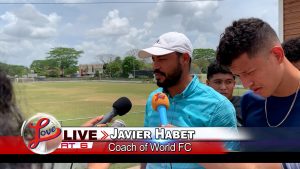 Javier Habet, Coach of World FC: “Well since the rule came out that you have to pay that, it pretty much affected us because we are one of the teams that really don’t have any sponsors, you know? So we used to always just try to raise funds or out of our pockets as team members, you know? We used to help but it was just ridiculous to use this public area. You know, I was born and I grew up playing on this pitch for free my whole life and all of a sudden now a fee is there to have to use it and the little young boy, he died doing something he loved, you know? He wasn’t here vandalising the area or causing a fight. You know? He was just playing sports in a public area and they just took away his life senselessly.” 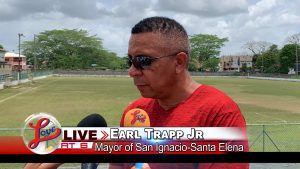 Earl Trapp Jr. Mayor, San Ignacio-Santa Elena: “The entire football family as it relates to youths, children that would partake in the Mundialito Tournament all up to the grownups have been using this stadium all along, free of cost, especially during the day. I can understand that at night time you have electricity that we use up and even so, I would say, you know what, when it comes to training, we as a government, local and national, should make provisions for our youths that they can come and empower themselves, that they can develop themselves through the use of the spotting facilities.” 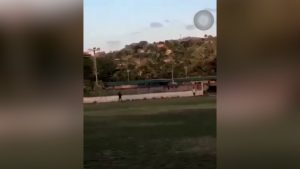