Basketball players and fans from across the country will be gathering in Belize City this weekend for the Ahmadiyya Basketball League’s (ABL) All-Star event. It will be held on Sunday at the Mexico Sports Center at the Marion Jones Stadium. The ABL’s All-Star event began back in 2015 and has since grown to feature several different components. Rodvern Lino, Commissioner of the ABL spoke about the day’s lineup of competitions. 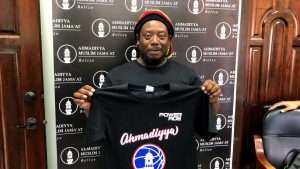 Rodvern Lino, Commissioner, Ahmadiyya Basketball League: “It’s always an exciting time when All Star Weekend comes around. It’s our 7th All Star. We have skills competition for all categories. We have the dunk competition. It’s one open. We have 3 point competitions for all categories and, of course, the games for all categories as well. In terms of prizes, we have individual awards: Most Valuable Player, Winner of the Dunk, Winner of the Skills Competition. So we have those and Winner of the Games. We also have the lead or the teams with the top standings in the league so far, they get more players to participate in the All Star Game rather than the teams who are lower in standings and also the coach comes from the leading teams as well. It is very important for their development because in their different clubs and teams, they’re training and while they’re training, they’re getting better and better in their individual game. So it’s important for us to highlight the specific areas in terms of their skills with the dribbling, and the 3 point with the shooting, and the dunk with obviously the dunking that they have developed during their time.”

The community’s missionary for the Belize District Arslan Warraich spoke about the positive impact the league has had on the youths that participate. 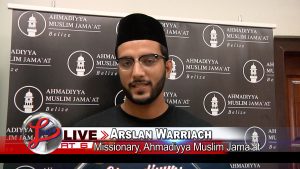 Arslan Warriach, Missionary Ahmadiyya Muslim Jama’at: “When we were interviewing one of the coaches, what he said was that “I’m in love with everything that you guys have done so far, I just have this one objection.” And he said that “You know a couple of weeks back”, and this is when our league started initially, he said “A couple weeks back, there was a child that was shot. If you guys had started your league a couple weeks earlier, you know, you could have saved a life.” So this shows that the impact of what sports has on the youth, right, and throughout the year, wherever we see that there’s so much more that sports teaches you. It’s not just about basketball. It teaches you how to come up with solutions to the problem that’s faced at hand. You know? And you’ll see that a coach will call a timeout and he’ll throw something else or throw something different at you. But coming up with a solution to how you’re going to overcome that, you know? How to make solutions up on the go. Alright? So there’s a lot of stuff that sports teaches you that you can’t learn by pencil and paper. Alright? So this is something that we take pride in and this is why we feel that a religious community like us, we want to emphasise sports and this is not something that we use to try to convert people or anything. You know? This something we also take pride in because, this is, like I’ve mentioned time and time again, that our religion the Ahmadiyya community is very huge on this and Islam as whole is huge on this. So there’s two parts to your faith. One is the serving of God, which we do through prayer and the second is the service to mankind. So this is a huge part of what we’re trying to do here.”

The entrance fee is two dollars for anyone above the age of seven. 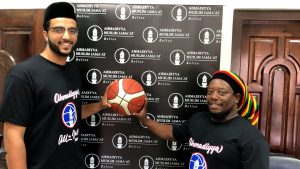