Last year, the Belize Defence Force was rocked with allegations of sexual arrestment committed by male soldiers not only on females but male officers as well. There were also reports that these acts were committed by high men in the BDF, who were protected by the force’s hierarchy. We’ve also heard similar reports in the Belize Coast Guard and today we asked Commandant Rear Admiral Elton Bennett about it. He said that the Belize Coast is investigating two cases of sexual harassment against two female officers. He says it is something that the service takes very seriously.

Admiral Elton Bennett, Commandant, Belize Coast Guard: “I wouldn’t say that we’re free from it at all. This is an organization with men and women and the nature of our operations we’re very close so things like that will happen. I think we have about two cases that are pending that would be classified as sexual harassment but we try to investigate once we receive a report and we try to encourage an environment that would prevent things like that from happening. We try to be as transparent as we can. We try to ensure that we investigate every report of sexual harassment that’s the environment that I want to foster and I think that’s happening. There may be a few that may shy away from making a report but just a few months ago we developed along with the ministry, developed a policy that would guide us in terms of reporting sexual harassment that would require us to do certain things and to have external eyes in on what we’re doing and I think that helps to keep us to account.” 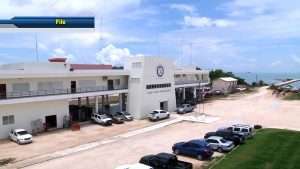