On Saturday the Belize National Fire Service inaugurated its newly renovated fire station in Orange Walk Town. The necessary renovations cost about ninety thousand dollars. The ceremony also included the official handing over of the keys to one of the new fire trucks received through a donation from Canada. The renovations included improvements to the sleeping quarters, bathroom, and kitchen space. Minister of Disaster Risk Management, Orlando “Landy” Habet, and Orange Walk Central Area Representative PM John Briceno expressed that under the UDP government, the station was neglected.

Orlando Habet, Minister of Disaster Risk Management:  “In Orange Walk, I mean the structure was really bad and all inside the roof bats were inhabiting the house. We had problems with the electrical supply. The bay area was falling in. The roof was caving in. The parking wasn’t adequate and so you can’t expect that your workers, your front line workers, people as important as these, providing a national service to be staying, practically living because they do shifts and are here practically 24 hours within these types of conditions. So the onus was upon us to make that decision and luckily we had the support from our Government, through Cabinet, and even as I mentioned earlier, we had brought it to the House of Representatives informing the public about what we were going to do with those monies from the sale of the headquarters in Belize City and now we have started to bring into fruition the first of the fire stations that are being refurbished. We have six more that will be refurbished and we have six new fire stations that will be constructed.”

John Briceño, Prime Minister: “This is a testament that a lot can be done with a little. They spent approximately $90,000 to refurbish the entire building, put a new roof, paint, fix the floor, new kitchen, an office, bathroom, everything for $90,000. But that is done when you have people on the ground and a minister that is concerned and ensuring that we could spend the people’s money as best as we possibly can. There are going to be times that we could slip. We’re not perfect and I’m sure that you’re going to be the first to show it to us.”

Following the ceremony, a brief groundbreaking event was held in Trial Farm Village. The groundbreaking ceremony was for the construction of a small fire station that would serve surrounding villages. Fire Chief Colin Gillett explains the necessity.

Collin Gillett, Fire Chief, National Fire Service: “So the idea for these stations, these are like modular stations that we want to build. There are six of them, $250,000 each, because we believe in putting smaller stations, eh, more smaller stations instead of just really big ones because the more stations we have in strategic places, it’ll cut down the response times for each.”

Reporter: Ok and what is the price of the renovation of the one in central, Orange Central?

Collin Gillett, Fire Chief, National Fire Service: “The one is almost $90,000 because we, there was just so much work to do there. Right?”

Reporter: So this would have one fire truck and then two or how many fire fighters can fit on there?

Collin Gillett, Fire Chief, National Fire Service: “So the smaller ones like this, remember we are trying to expand our emergency medical services but the same pilot that we’re doing in Cayo, as soon as we get all the information and we already I’m talking to the U.S. Embassy and people like that for funding so we can expand to the north. So now one fire truck, an ambulance. We’re trying to get the services to the people as much as possible.” 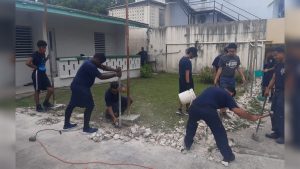 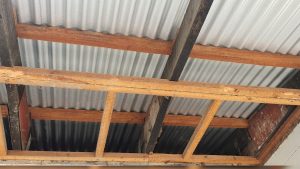 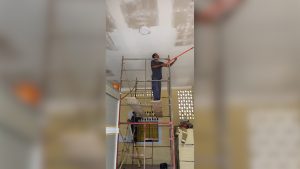 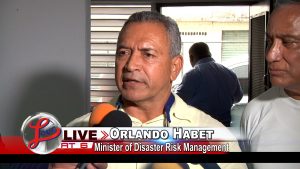 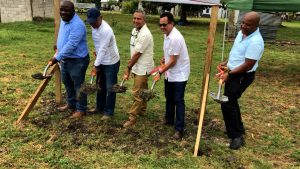 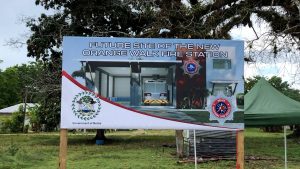