While the Covid-19 regulations have been lifted within Belize, the matter of travel insurance remains in effect. It is a situation that the Belize Hotel Association had concerns over, but the dust has now settled, and according to President Saldivar, there has been a change of heart. 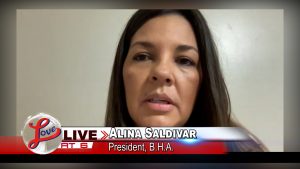 Alina Saldivar, President, BHA: “As you know, that was a very controversial issue, the issue of the insurance. Many of our members were uneasy about it but I will be honest, from what I have seen, it really has not had a negative effect on our visitors. The visitors have actually said that  it’s very affordable. We’ve had quite a few success stories of tourists that were able to do a claim and not only COVID related claims but other health emergencies that happened during their vacation. So I’ll be honest, Vejea, it really isn’t that much of a controversial issue any more. I think a big part of it was the, you’ve seen the nightmares at the airport and so everyone was afraid that that would compound the issue at the airport with people having a really bad first impression of Belize, having to stand in an unpleasant environment at the airport for two, three hours when they get off their planes. But honestly we cannot blame the insurance for that. They did get off to a rocky start but I think things have normalised and the issue at the airport isn’t because of the insurance. That’s a whole other issue. That’s something that needs some long term solutions so hopefully we’ll see that for the upcoming season.”

Reporter: Expansion, do you think it needs an expansion?

Alina Saldivar, President, BHA: “Definitely. Definitely. I think a big part of it is because of our own success which is good but unfortunately we didn’t plan properly for it.”
The Travel Insurance came into effect on February 15 requiring each foreigner to acquire the policy at eighteen US dollars.