Tonight, the churches’ fight against the Briceno Administration’s marijuana legislation is heating up. The National Evangelical Association of Belize (NEBA), the Belize Council of Churches, and the Belize Association of Evangelical Churches have banded together and launched a petition for a referendum. The churches’ aim is to garner the signatures of ten percent of registered voters; equivalent to some nineteen thousand voters. As we told you earlier, it is an exercise that may just prove futile as only yesterday, the Minister of Home Affairs, Kareem Musa said that their request and petition is too late. Second Vice President of the NEAB, Pastor Scott Stirm responded to Minister Musa, stating that the government cannot ignore the voice of the people.

Scott Stirm, Second VP, N.E.A.B.: “I don’t believe it’s too late. If we successfully get the permit for the referendum, the Government is obligated to give that referendum and if that referendum succeeds, the government is obligated to respond to that. Our previous Prime Minister, Dean Barrow, said that yes a referendum in Belize is not mandatory, it’s advisory but any government that would not listen to the voice of the people would do so to their own peril and so this is a very serious issue for the future of Belize. The original date that was set by the Leader of Government business,the Hon. Eamon Courtenday was April 11. It’s our understanding that they’ve given 5 additional days and so we need to move very quickly but even if the law is signed into action, there’s nothing to say that that law could not be overturned and so we are willing to do anything and everything that we need to do to take a strong stand and I could list some of the reasons why but we are firmly convinced that we believe that this is going to take Belize in a very very bad direction and there’s going to be some pretty bad consequences for it.”

Scott Stirm, Second VP, N.E.A.B.: “It’s happening already. We’re utilising social media, Whats App. We’re sending out forms all over the nation. Actually, right now at this point, we have thousands that have come in already within our first day. So we have faith that it’s hitting a bigger nerve in the nation of belize than I think what the Government wants to recognise and I think a lot of people in Belize feel kind of helpless that the Government of today just pretty much does how they want to do and that’s part of the purpose of the referendum. In a democracy it’s a loud indicator of a voice.”

According to Stirm while the Bill was passed in the House of Representatives and the Senate, the government did not consult with the churches and have now failed to listen to their concerns.

Scott Stirm, Second VP, N.E.A.B.: “They’re ramming this thing forward like a freight train. There was no consultation. There was no genuine consultation. We had the House committee presentations on Tuesday and Thursday this went to the Senate and passed the Senate. That means that they took all those presentations and dropped it in the trash. That was not a consultation. We’ve met with executive leaders of the NTCUB and they have stated that they were not consulted at all. The Government says, well we met with the Senator. That is not consultation with the unions. We’ve spoken with all the major church leaders. Nobody was consulted on this issue. That is not consultation. You can have a meeting with the church Senator but that is not consultation with the church bodies. In relation to the Chamber of Commerce, I don’t believe that there’s been any direct consultation. You can meet with the Senator for business, same as with the NGOs so this has been a railroaded plan. They say they started it from last year but the truth of the matter is, if it would have gone to a vote last year, the bill would have been killed dead in the Senate. They withdrew the motion so we felt, alright good, we’ve gained some ground in that area. Next thing we know, we’ve got like two days’ notice that this bill is coming to the House and then it passed in the House, then it went to House Committee. A number of us all presented and again,that was all going in the trash. That was not consultation, that’s patiently sitting there while people talk while we move forward and doing whatever you want to do so this is a terrible terrible direction for our nation.”

Stirm added that the cost of the referendum should not be a concern once the Belizean people choose to vote on the matter. 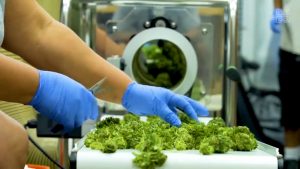 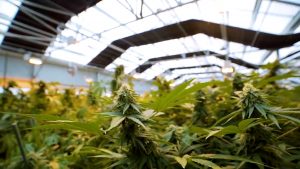