The price for the sack of flour is also expected to increase in the coming weeks. This should not come as a surprise. In fact, it is surprising that the price didn’t increase weeks ago. That’s not only because of the effects of the COVID-19 pandemic but the effects of Russia’s invasion of Ukraine. Russia and Ukraine are two of the world’s top producers of wheat and it was long expected that the effects would cause such an increase. Lennox Nicholson of the Supplies and Control Unit says an official request to have the price increased has been made.

Lennox Nicholson, Controller of Supplies, Supplies and Control Unit: “There has, likewise, been a formal submission now made by the mill requesting increases in the control price of both La Gitana and Bebe Agua and the justification for those are not limited only to the increased cost of wheat but also certain additional costs related to transporting bulk shipment of raw materials to Belize. In other words, what it costs to get the wheat, to ship the wheat to Belize. There have, based on the submissions made, there have been some increases in that regard as well as in the actual purchase costs for the wheat so again, both the bread and the wheat, both submissions are being handled simultaneously and the same process that we’re going through with respect to the control the price for bread, is what we’re doing with respect to La Gitana and Bebe Agua.”

Reporter: So as it stands now, what is the capped price for a pound of flour or a sack of flour? 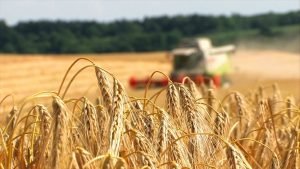 Reporter: And the request from the mill would be to increase this to how much?

Lennox Nicholson, Controller of Supplies, Supplies and Control Unit: “In the first instance, 10% increase on that.”

Reporter… a pound?Lennox Nicholson, Controller of Supplies, Supplies and Control Unit:  “And again, just to be clear, that is the request that we have on the table.”

Nicholson says that specific matters must be considered carefully to determine by how much the price of the sack of flour should increase. 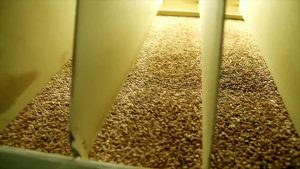 Lennox Nicholson, Controller of Supplies, Supplies and Control Unit: “Whether it’s reasonable or not, those are not matters that I would be comfortable making a pronouncement on off the top of my head. We have to be guided by the numbers so there are certain questions that have to be asked. What is the landed cost for wheat now compared to what it was, not only over the last three or four years but what the landed cost for wheat was at the time the existing control price was set. Right? So it takes some doing, in going because it is easy for you to take two or three years and then you see this huge jump in purchase cost for certain commodities, however, recall that the current control price was set based on market conditions in 2011. So we need to carefully examine what the market conditions were at that time because that was the basis of setting the control price at that time. So we need to compare what those market conditions were at that time compared to what they are now. In addition to that, another matter that one has to consider is that we have an increase in the acquisition cost now and as a result of that there is a formal request to adjust the control price upward. We need to look in the interim between 2011 and now and see whether or not there were certain years when the purchase cost for wheat had actually gone down and the control price had not been adjusted downward. So these are matters that need to be weighed carefully and these are some of the elements that would form a part of the submission that we would make to the Cabinet for its deliberation.”

Reporter: Okay but not withstanding Cabinet’s approval, some might say impending approval, because given the COVID pandemic going two years now and given what’s happening in Ukraine, that, for instance, the mill would have a justifiable cause to ask for the increase. What I’m getting at is that the increase for bread and bread products and the increase for flour is imminent. There will be an increase. It’s just how much you will increase.

Lennox Nicholson, Controller of Supplies, Supplies and Control Unit:“Therein lies the work. That is where the significant consideration comes in because you can’t just take it for granted and say buy X. Whatever is submitted to us, we have to verify.”