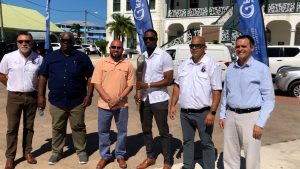 The Queen’s Baton has made its stop in Belize as part of the two hundred and ninety-four-day journey across the Commonwealth. As part of this celebration, the cyclists of the Cycling Federation of Belize gathered in Belize City this afternoon to hand over the baton to the runners. In an interview with Love News, the Vice President of the Belize Olympic Association (BOCGA), Giovanni Alamilla, explained that due to the pandemic, the baton has been having difficulties landing in several different countries, so it is significant that Belize was able to welcome it.
Giovanni Alamilla, Vice President, Belize Olympic Association: “For us as the committee, I think, it gives us value basically. For me, for us, it’s a lot of value that they see that we do play a role in the Commonwealth and especially in the Commonwealth Games. They include and they want to include every country,

The runners then made their way to the Inspiration Center to relay the Baton to the children, who then made their way to the Battlefield Park. The Queen’s Baton was received and officially welcomed into Belize by Deputy Mayor of the Belize City Council, Allan Pollard. Our newsroom spoke with Pollard, who highlighted how this will positively impact the sporting community of Belize. 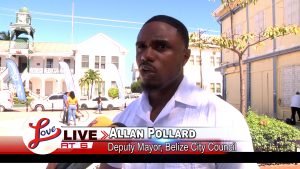 Allan Pollard, Deputy Mayor, Belize City Council: “Of course it’s exciting. I mean, I personally am very confident from what I’ve seen in the talent that we have going forward. I mean we have a lot of people who not only are involved but are behind the scenes making sure that sporting gets to that next level. I also sit on the National Sports Council Committee and I know, for example, some of the policies being put into place and the commitment from the Government to make sure that these sporting events get the proper highlight that they need and also the support that they need so I am very confident in the future of sports in Belize. *inaudible* From the onset when I heard about it I thought you know it was really cool having the actual baton here, having the Queen’s message inside and of course sharing this moment with not only the stakeholders but also members of the sporting disciplines. We had the kids from the Cycling Association. We had softball players and so just having it here in the city is an honour for us at the council and seeing it in different areas. I heard it’s going to the Blue Hole tomorrow. I wish I could have attended but that’s, I think it’s big for Belize. I think it’s a special moment that these athletes could share.” 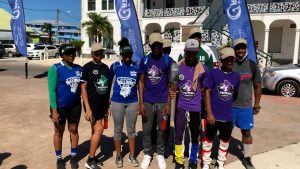 The Queen’s Baton Relay began on October 7, 2021, when the Queen of England placed a message inside of the baton that will be read in Glasgow before the Commonwealth Games.