The Opposition United Democratic Party during the press conference today accused the government of corruption. Leader of the Party and Opposition Leader Moses “Shyne” Barrow kicked off the press conference by addressing the matter involving the Prime Minister, John Briceno, Forest Officer Daniel Chi and Diani Chan of Botanical Gardens by Roselyn. As we’ve been reporting, Daniel Chi was contacted by the Prime Minister who asked that plants imported by Diani Chan be released from quarantine. The forest officer refused and according to the PM, Chi was rude and unprofessional. The incident happened weeks ago, and after the PM and Agriculture Minister Jose Mai spoke to the media, Chi was sent a letter informing him that he was being placed on administrative leave until tomorrow May 5. Barrow said this is a blatant abuse of power. 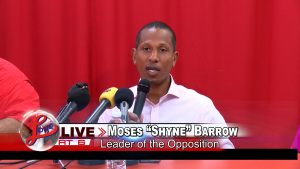 Hon. Moses “Shyne” Barrow, Leader of the Opposition: “There is no justification for the intervention, plain and straight. No minister, no Prime Minister, has any authority to intervene in the discharge of a public officer’s duties. It is wrong, it contravenes the Public Service Commission’s statutes, it contravenes good governance and it is corruption. It is a violation of the constitution that says you should not use your office for gain. Daniel Chi was instructed to confiscate those illegal species of plants and invasive species. The Prime Minister had instructions given to Mr. Chi for the proprietor at hand to have those illegal Species returned to her and when it was returned they hurled all types of insults, this is according to the report of Mr. Chi that “you will see, you will get fired.”

Also commenting on the matter is UDP Chairman, Senator Michael Peyrefitte who reminded the PUP government of its promise to reduce the level of ministerial interference.

Michael Peyrefitte, UDP Chairman: “One of the benchmarks of the PUP – what do they call it Plan Belize something? Their thing was they would do legislation and take policies that would reduce ministerial interference. If you can remember that was one of the hallmarks of their campaign. They are going to do things to reduce the ministerial interference and then you have the Prime Minister comes on national TV and says ‘yes I tried to interfere.’ in a plant situation for which he had no business and if you asked me he was saying maybe Jose Mai needs to resign because the explanation he gave from what I heard was that Mai has no influence in his ministry. So Mai couldn’t cut it, Mai couldn’t do anything but it so he had to send his boss to make the call. So what is going on here? We always hear about public servants not standing up, not doing their job come on the message you send is that you have a public officer standing up and then he is penalized so what’s the message? What do you do? What do you do when they tell you the Prime Minister is calling? What do you do in the future? You know I was thinking about this you imagine what Julius Espat would say about this if you were in a position and Dean Barrow had said that or done that? You imagine how he would be in the House of Representatives if he had that information? He would break two hands punching the wall. Could you imagine what they would be like if the UDP were doing what they are doing now? But we don’t have to imagine you know.” 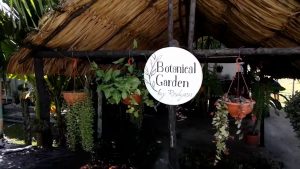 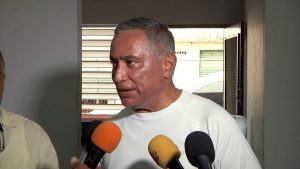