Another event that was included on the agenda for the Cambridges, was a showcasing of the works from the communities in Southern Belize. The Maya Golden Landscape collaborated with Ya’axche Conservation Trust to highlight local and community-based entrepreneurship and sustainable conservation models. However, this showcase never came to fruition due to the Indian Creek protest which led to the Royal tour not making its way to that area. Love News spoke via zoom with the Executive Director of the Ya’axche Conservation Trust, Christina Garcia, who highlighted what activities were planned. 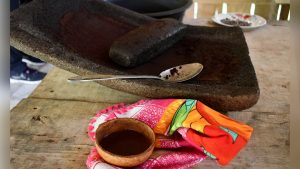 Christina Garcia, Executive Director, Ya’axche Conservation Trust: “So what Akte’Il Ha does promote is sustainable agriculture through providing ecotours to different visitor groups that arrive at their farm. So they would have received a tour of that agroforestry farm. They would have tasted the variety of cacao that they are growing in that particular farm and then that would have been complemented by exploring some of and immersing themselves in some of the traditional cultural experience and that was what the various women’s groups would have brought to the royalties. In this instance they would have been involved in basically illustrating their cultural dance. In this case, we would have had live play from the marimba and there were musicians there playing the marimba while the women would have danced and showed their cultural display in that way and this would have been basically done with also a chocolate making. So they would have had the opportunity to actually taste the chocolate and see how it is done traditionally by the farmer.” 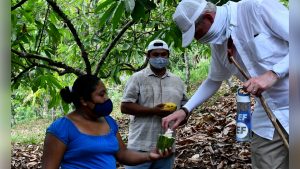 Garcia says the series of events was unfortunate as Ya’axche firmly believes that the engagement with the Duke and Duchess of Cambridge would have garnered global attention to the artisanal chocolate-making story and the Maya culture.Christina Garcia, Executive Director, Ya’axche Conservation Trust: “The fact that the tour didn’t happen doesn’t mean that the relationship ends there. Doesn’t mean that they stop doing what they’re doing. Each one of them has various partnerships, for example the Maquin family, they have a partnership with the cruise ship tourism. So they will continue to showcase their work with those visitors that enter their cacao farm and their business, likewise the women’s group. You know, I think that did not take away the opportunities that these groups have with other visitors. It’s a shame it didn’t happen but at the same time, I think that they have a very unique story to tell, a very unique story to share and I’m pretty sure they will continue to do that along with Ya’axche in promoting these practices but also showcasing their unique products and very unique work.” 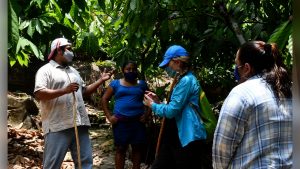 Garcia states that they will continue to work in collaboration with all the southern communities of Belize to support sustainable conservation and livelihood improvements.