On the other hand, the UDP wants PUP Senator Collet Montejo to resign now. That was Albert Area Representative Tracy Panton’s message to Senator Montejo. Her comments come as the UDP has called for Montejo to vacate his seat in the Senate after taking up the position as a field supervisor in the Government’s upcoming redistricting exercise. Panton reiterated her party’s position that Montejo’s appointment violates the Constitution. 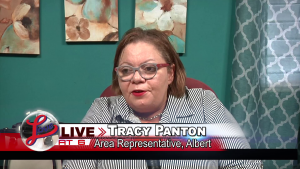 Tracy Panton, Area Representative, Albert Division: “He should absolutely resign from the Senate. There has to be transparency man. We cannot politize an important function such as representation of the people. Collet Montejo is an integral part not of the People’s United Party. You know justice has to be seen to be served and I really think Collet should resign with immediate effect from the Senate if indeed he wants to take up that role on the task force.”

UDP Chairman, Michael Peyrefitte indicated that if there is no movement on the issue, it will weigh its options.