The Government of Belize indicated early in its administration that trade licensing reform is a top priority. However, a draft copy of the proposed Trade Licensing Bill, 2022 has been raising alarm from various sectors of society. Part of the changes in the regime means that those online vendors, pushcart vendors, musicians and even DJs will be required to pay. It’s a cost that the UDP says these types of workers simply cannot afford. The party’s shadow minister for the public service Orson “OJ” Elrington explained why the law cannot fly. 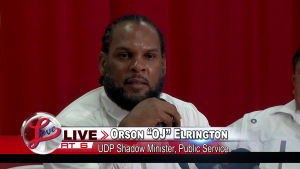 Orson “OJ”’ Elrington, UDP Shadow Minister, Public Service: “It was on the small man and the small woman who merely are trying to make ends meet. On the small entrepreneur. So that Bill, as I’ve said previously, is an attack on small businesses. It is atrocious. It is burdensome and it is completely unacceptable. This Bill, implemented by these Taxsuckaz, I think it was Shane who told me that word. These taxsuckaz. Effectively, in short, in summary once again, anybody who attempts to sell anything online, Buy n Sell, anything that you try to do online and try to make any money online, you will now be subject to a tax. So all of those persons just coming out of COVID, a lot of Belizeans must be applauded because COVID brought out the innovation in so many different persons and they started to create little online businesses and people tried to trade online.  Now, every single person who trades online is subject to a tax. Similarly, any person who sells anything whatsoever in a public place is now also subject to a Trade Licence. That means: the man who sells oranges at the side of the road; the lady who sells coconut. There’s an infamous lady, I believe it’s in San Pedro, the Coconut Lady now has to pay her tax. If you sell a .5 cent sweet, you are now subject, if this Bill is passed, subject to a tax. To the entertainers: every entertainer now, if this Bill is passed, would be subject to a $200 tax for every performance. That is the maximum. They’re saying oh it’s the maximum. $200. You can pay as much as $200 per performance.”

According to the UDP’s first deputy leader, Hugo Patt, agricultural communities, like the one he lives in, will only see their economic challenges worsen with this new bill. That’s because the rising cost of living and inflation are already crippling those villages. 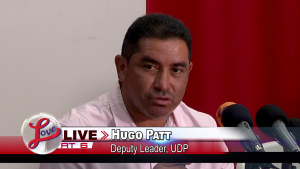 Hugo Patt, Deputy Leader of UDP: “What is happening now, and this is from a layman’s term, is that the net has been widened. The net has been actually brought not only to the towns and cities but the net has now been actually extended to the villages. When you look at the social makeup of the villages it is a totally totally different economic makeup when you compare a village to when you compare it to a town or a city. Villages, and I will relate to what is happening to us up in the north, these are villages that are actually agriculture based. The economic activity is so minor when you compare it to a town but importantly, whenever you go after the little bit that these people are making, it will have a huge impact on the economy of the families. Add to the fact that the present climate is one that is putting a lot of pressure on parents. It’s putting a lot of pressure on students. It’s putting a lot of pressure on the society as a whole. Look at the issue of inflation. Inflation in this county has reached sky limits. There is no point in time that you would find any responsible government looking at ways in which you are actually going to take out money from the people when the people cannot actually pay for the basics. You look at what inflation does. In the shortest of all terms, what happens when we have inflation is that the purchasing power of each and every family is reduced. What is happening now is that families are struggling to the point that they have to come up with creative ways of making money. When you do so, you have a government that says look, you have found a way to make money. You need to pay taxes. My goodness. My Lord Gracious. We’re coming out of a pandemic. People are just starting to breathe and instead of having a particular government coming and saying I will find creative ways of making sure there are incentive programs to assist you in your venture, ‘you’re actually coming to the people of the cities, towns and villages and telling them look, you will have to pay taxes now.

While the bill is being proposed, the Ministry of Labour said over the weekend that the planned date for implementation is January 1, 2023.