A member of the Belize Customs and Excise Department lost his life over the weekend in a road traffic incident. Forty-three-year-old Rudolph Williams Jr. had recently finished his shift at the Big Creek Port in Independence Village where he was stationed. And, was heading home to his wife and kids on Saturday night when tragedy struck. Reporter Vejea Alvarez has the story.

A father of six and a well known customs officer lost his life in a road traffic incident on Saturday night. 43 year old Rudolph Sylvester Williams Jr had just finished his shift as an overseer of the Big Creek port in Independence Village and decided to head to Belize City to surprise his wife however Williams never made it home. Because according to the Police Department spokesman ASP. Fitzroy Yearwood  the customs officer lost control of the vehicle he was driving near mile 17 in the George Price Highway and was flung into nearby bushes.

ASP. Fitzroy Yearwood, Public Relations Officer, Belize Police Department: “Initial investigations revealed that he was traveling alone in that vehicle when he lost control of the vehicle and it overturned several times. He was flung from that vehicle and resulting in his passing.”

Reporter: By all accounts Williams was a kind and charismatic man whose death has shocked many including his close friend Albert Garcia. Garcia said he had just spoken to Williams on Friday and his passing is still yet to sink in.

Albert Garcia, Friend: “I didn’t believe it. Up until yesterday we were still processing it and personally I know we will feel it the most when right a family gathering because part of it is still not real. It’s still seeing Rudolph as smiling knowing that he’ll be around because it’s not like I saw him every day but I just messaged him on Friday morning on my way up to Belize City because he was talking about getting healthy for the new year and the things he wanted to do to take that step with not only himself but also his wife and the family in terms of looking at preparing and cooking healthy meals and whatever they could do is what he was looking forward to. So when I heard this it was early in the morning so it actually woke me up out of my bed and I said ‘No,  that’s not real. No.”

Reporter: Williams served as a member of the Belize Customs and Excise Department for over 24 years. According to Deputy Controller of the department Dr Gilbert Gordon Williams was an exemplary office who went above and beyond the Call of Duty.

Dr.Gilbert Gordon, Deputy Controller, Customs and Excise Department: “If I have one word to basically summarize Mr. Williams career at the Belize Customs and Excise Department I would say exceptional. And so it is basically a great loss for the organization because Mr. Williams it was an exemplary officer. He was basically – he gave his career to the Customs Department. He worked with the department for over 24 years of which he spent most of his career in enforcement and I was also in that era with him working with him in the enforcement when he joined the department. Mr. Williams came under my tutelage along with Mr. Floyd Robinson and so he worked very closely with us in the enforcement. He worked in the Corozal district, he worked in Orange Walk, he also worked in Belize City, he worked in San Pedro and of course his time on time of death he was the officer in charge of Big Creek.”

Reporter: Williams leaves behind his six children and his wife Marcia Sosa Williams. 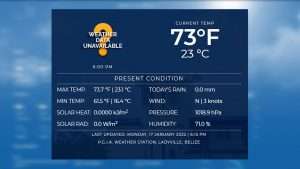 Jasmine Hartin Does Not Remember Touching the Trigger

Belizean Mennonite said to be killed in Mexico is reported missing

Mayor Wagner says he doesn’t even listen to the opposition

Who is the Manager at St. Francis Xavier Credit Union?

NWC Calls For Parity Towards Women in the Household

GOB Committed to the Growth of Belize’s BPO Industry 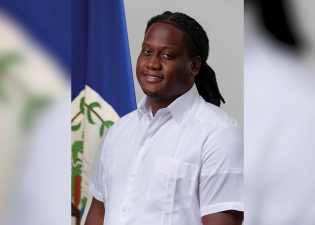 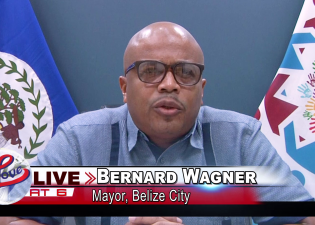 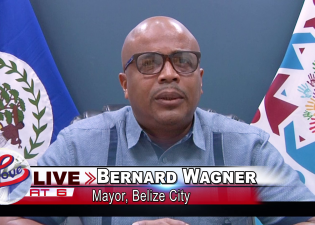 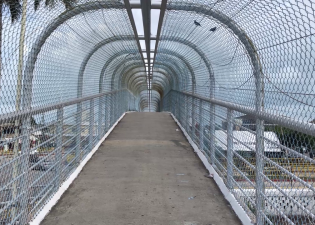