The Belize Police Department over the next few weeks will be embarking on the hashtag You May Be Next campaign. During this campaign, the department will dive into digital extortion threats, cyber-bullying and other cybercrimes. This is in line with the department’s goal for this year’s Global Awareness Campaign on CyberCrime. Hipolito Novelo has the story.

Hipolito Novelo, Love FM News: Facebook, everyone and everything is on it, the good and the bad but mostly recently, the bad is getting out of control. Threats, insults, bullish comments, racism, every disgusting comment can be found under posts and pictures on Facebook, most of it done behind fake Facebook profiles.

Chester Williams, Commissioner, Belize Police Department: “Our people do not deserve to be bullied by persons who hide behind a fake account. If you want to tell somebody something, come out and tell them. Don’t hide behind a fake account. Be a man or be a woman and face the person and say what needs to be done. Do not bully people on social media then go and delete the account after. So we’ll work with Facebook to see what we can do to alleviate this issue.”

Hipolito Novelo, Love FM News: Police Commissioner Chester Williams is serious about cracking down on cyber criminals. He recently attended a regional Commissioner’s Summit in the Bahamas where he met a Facebook representative to see how joint efforts can help investigators unmask Facebook fraudsters. 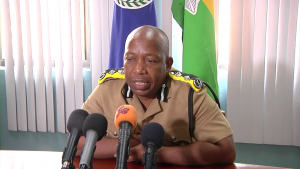 Chester Williams, Commissioner, Belize Police Department: “It is something that is important to us as law enforcement. We are seeing every day a number of persons are reporting that they are being bullied on Facebook. That fake Facebook accounts are being created and they’re being terrorised by these accounts and or by persons behind these accounts so yes it is important.”

Hipolito Novelo, Love FM News: Williams says that if his office needs to make recommendations for laws to be amended or created then so shall it be. This month, the police department is embarking in the #YouMayBeNext campaign. During this campaign, the department will dive into digital extortion, threats, cyber bullying and other cyber crimes. This is in line with the department’s goal for this year’s global awareness campaign on cyber crime. For June, the department’s Interpol Branch will focus on three cyber threats.

Chester Williams, Commissioner, Belize Police Department: “I’ve also invited the Facebook representative to come to Belize and they should be coming to Belize in July and when they come to Belize, they’re going to offer the police training as well as sensitization in terms of what we can do to address these issues of fake profiles that are being crated and creating mischief on social media. So, I’m very optimistic that we will get good results from this and our officers are going to benefit from training and our Belizean society will benefit from not being bullied as they currently are with the use of fake profiles on Facebook.”